ACTORS SINGERS PRODUCERS Michael Falzon swing on this by Caroline Russo | on June 23, 2020 | 0 comments | in Entertainment | Like it 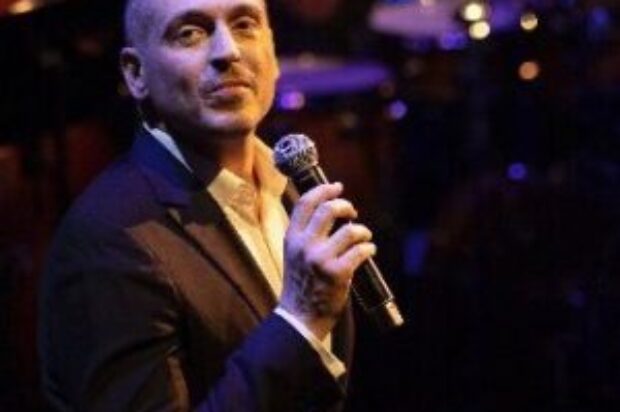 From endless musical shows like ‘Rock Of Ages’ to ‘We Will Rock You’, actor and performer producer Michael Falzon has been a fixture on the Aussie stage for years. But a cancer diagnosis forced him to put his career on hold when he was told he had aggressive germ cell cancer. With all his fight, he battled the disease and shared a lot of what he went through to send a message not to be afraid to go to doctors when something does not feel right. It was in one of his last posts he expresses what its been like for him but with a great attitude and shows how brave he has been.

FACEBOOK FROM MICHAEL
One year ago, I’d finished a joyous run in Opera Australia’s Evita – The Musical and was in rehearsals for #SweeneyToddAU. It was the Friday leading into the Queen’s birthday long weekend, I’d had a regular check-up that week that lead to some further tests. My GP had called to ask me to come to his last appointment for the day as he needed to spend some time with me. He also said that I should bring someone with me. Words one ever wants to hear their doctor say.
My wife, Jane, was on the next plane from Sydney and we later sat together with my doctor to hear the news. Definitely stage 4 cancer. We didn’t know for sure which kind. I felt absolutely fine. Really. But I saw the report and double-checked it had my name on it. It was a three-day wait now to be able to see a specialist at home in Sydney. We went and had a magnificent Italian dinner.
The next week involved further testing and technical rehearsals in Sydney for Sweeney, though I managed to get as far as opening night, I wasn’t allowed to perform as I’d had a lung biopsy that day (something about collapsing my lung singing too many high notes. Pfft!) – I do however have it on every authority that my Pirelli was amazing 😉
So, one year… it’s Germ Cell Cancer and it won’t go away. After Chemo, abdominal surgery, a brain seizure, more chemo, radiation therapy, high-dose chemo with stem cell transplant, whole-brain radiation, lung surgery and now, more chemo – it has been a year of one step forward, two steps back, constant testing, not only physically but mentally as the mantra of “taking things a day at a time” saves your life everyday. I think the world feels that way now too. It’s not a bad philosophy.
Throughout, I have never felt alone. My wife is ever-by my side, my family always at the end of phone and visits when this crazy world permits, and last night I was surprised by a gathering of friends that almost literally knocked me off my feet.
None of us can get through the many challenges we face without others. I don’t know how long my road is but every time I stop there is always someone waiting with a hug.
Here’s to supporting each other in all things. My love and thanks too, to all in my sphere.

On Channel Ten Morning show speaks on his illness and charity gig. 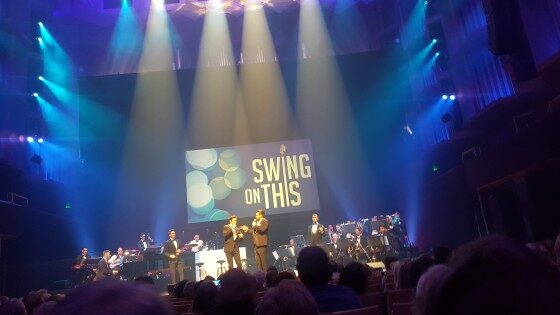 I was lucky to have seen him in his Brisbane performance a few years back for “Swing On This” which was lead produced by Michael, and had a line-up of close buddies singers and actors Luke Kennedy, Rob Mills and Ben Mingay combined with an 18 piece band and very special guest Ronda Burchmore. It has to be one of the best live shows in my books still. They had standing ovation that night. Micheal was known in his circles as a super talent and one of nicest sincere men you could know, who contributed a milestone while in the industry all of his carer. He loved the stage and loved to sing. 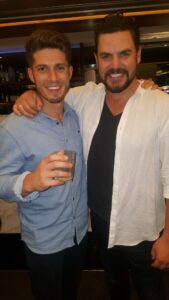 Falzon started singing professionally in Brisbane with VocalPoint, an 8-part group specializing in close harmony, and performing both nationally and internationally. It was through his work with VocalPoint that he was invited to audition for The Pirates of Penzance in 1994, in which he was cast. Falzon’s appearance in the QPAC & EssGee Entertainment production marked the start of his professional career and he toured with the company to New Zealand. 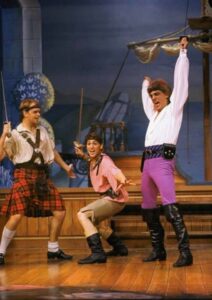 He returned to EssGee as a sailor in HMS Pinafore, understudying the role of Ralph, after performing in Hello Dolly in 1995 for The Gordon/Frost Organisation. Falzon also toured internationally with The Really Useful Company production of Joseph and the Amazing Technicolor Dreamcoat.

Both HMS Pinafore and Pirates of Penzance were recorded for DVD.

In 2000 he starred in the short film Computer Boy, a parody of the successful film The Matrix for Abe Forsythe. Falzon played the role of Neo, and won a Melbourne Underground Film Festival for Best Actor. He styled the character after The Matrix’s actor, Keanu Reeves’s portrayal of Ted from Bill and Ted’s Excellent Adventure.

During this period, Falzon began a production company (SMA Productions) with entertainer colleagues providing event entertainment packages all over the world.

The news of Michael passing will be somewhat a sad day for anyone that knew him, worked with him, or was a fan of his work and he will leave a dent in the entertainment world no doubt. To his family, we give our full respects and to his wife Jane. RIP Michael.