Explore The Art of Language with Lonely Planet 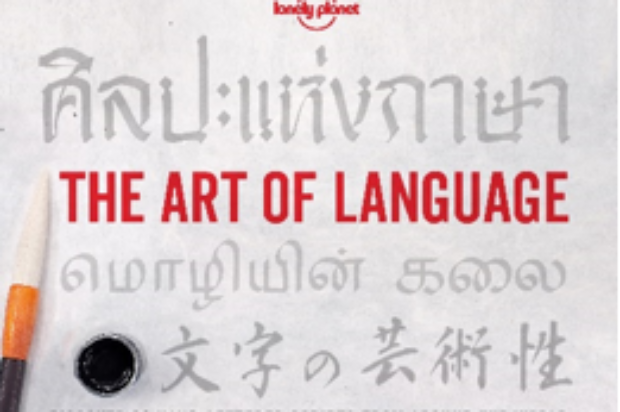 Discover 26 Hand-Lettered Scripts from Around the World

From Arabic and Japanese to Hebrew, Javanese and Cherokee, explore 26 unique scripts and alphabets this month with The Art of Language from Lonely Planet – and learn to beautifully write a local proverb in each with the book’s calligraphy tutorials.

Accompanying insights into each language’s roots and popularity today make The Art of Language a fascinating guide into other cultures and traditions.

“As this book will show you, writing is like a slow-growing local plant whose roots are astonishingly deep,” Tim Brookes of The Endangered Alphabets Project writes in the book’s Introduction.

“A traveller who ignores local writing is missing as much as one who ignores local architecture,” Tim says, “And as this book shows, many scripts have managed to thrive in our information age even as Latin letters have overtaken others.”

“If you practise the calligraphy exercises offered in this book,” Tim continues, “you may realise something arguably even deeper about writing. Writing is an expression of its cultural origins, but the act of writing is an extension of the body, of the turn of the human wrist. It’s a form of grace, almost a dance.”