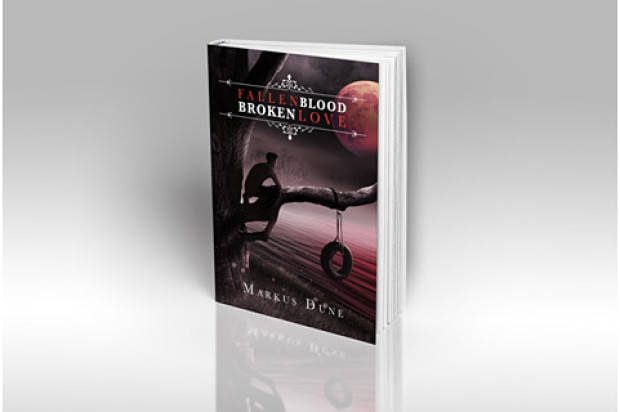 Markus Dune’s ‘Fallen Blood, Broken Love’ thrusts readers into the life of one young teenager as he transitions from school bullying victim to the wielder of newfound vampiric abilities. But this is far more than thoroughbred fiction – Dune uses his narrative to help readers explore bold issues including bullying, diversity and life’s never-ending opportunities to take a stand against adversity.

While it’s something of an oxymoron, one problem with the slew of vampire fiction hitting the market is that it’s so far removed from everyday life. In his compelling new series, author Markus Dune bravely melds reality with fiction – taking the genre to chilling, dark new heights.

‘Fallen Blood, Broken Love’ uses its story to not only engross young readers in an edge-of-the-seat vampire adventure, but to teach them a thing or two about life along the way.

Synopsis:
Fourteen-year-old Jake deals with his bully, Thomas, the best way he knows how: get through it, move on, and brace for next time. But the routine falls apart when Thomas targets Jake’s younger brother, badly injuring him.

An ill-conceived plan to run away lands Jake in the hands of Dragoslav, a vampire – but not the kind Jake’s ever heard of. This vampirism will give Jake the strength to stop Thomas without the superstitious trappings, and that’s all he needs to hear.

The effects of becoming a vampire are not immediate, though, and Jake must train with another handsome young vampire if he wants to be guaranteed of beating Thomas. The deeper he’s pulled into the vampire world, the further he gets from his family—but if he doesn’t take a stand, Thomas will never leave Jake or his brother alone.

“I set myself the challenge of creating a piece of speculative fiction that also seamlessly integrated with the issues and struggles young readers face in modern-day life,” explains the author. “Therefore, the story transcends fiction to weave in issues related to bullying – such as finding the strength and courage to stand up to abuse, as well as explore issues of diversity. Our young protagonist finds himself confused and curious about his sexuality; it’s an issue all teenagers face but something seldom addressed or even acknowledged in the literary world.”

Continuing, “But, throughout the life lessons, the story still retains all of the action and hallmarks of fantasy that young readers demand. After Dragoslav’s revelation, Jake is left with the ultimate choice – to decide which side he wants to fight for: the loyal friend who made him what he is, but who may have a darker side than he’s letting on; or his bully’s brother. Want to find out what happens? You’ll need to buy the book!”