Feel it at GOMA with Patricia Piccinini Up Late

art exhibition Curious Affection Gallery of Modern Art goma Patricia Piccinini Up Late by Caroline Russo | on March 26, 2018 | 0 comments | in arts | Like it 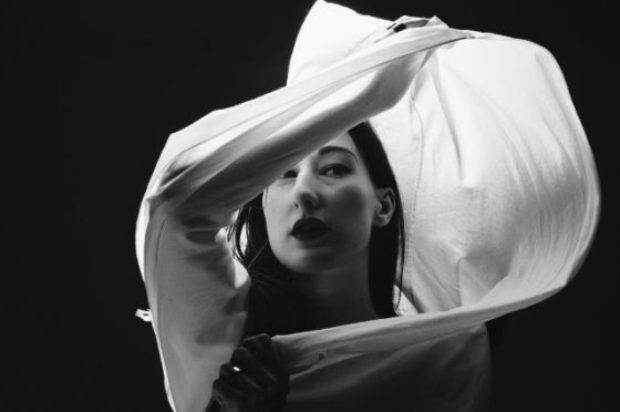 An eclectic line-up of musicians including Zola Jesus (USA), Lydia Lunch Retrovirus (USA) and Xylouris White (Melbourne) will take to the stage for the Patricia Piccinini Up Late program at the Gallery of Modern Art (GOMA) from 8 June to 6 July 2018.

Across five Friday evenings, the Up Late experience combines the exclusive-to-GOMA exhibition ‘Patricia Piccinini: Curious Affection’, with DJs, bands, bars, and floor talks on the emotive nature of artworks featured.

‘Influenced by science, nature, fiction and the unconscious, Patricia’s ongoing concern is the social and moral impact of advanced technology on people, animals and our planet,’ Mr Saines said.

‘Through this exhibition of recent and major new work, audiences will enter Patricia’s world, a place where the conventional boundaries between reality and artifice are unstable, and our intrigue and curiosity are pulled into the space between.

‘Up Late offers our audiences an opportunity to see the exhibition’s expansive installations and major new commissions in a fun and social, after-dark atmosphere,’ Mr Saines said.

Among the artworks premiering in ‘Curious Affection’ is The Field 2018, an immersive installation of more than 3000 specially created flower sculptures; Pneutopia 2018, a huge, orange inflatable form suspended in GOMA’s Long Gallery; Kindred 2018, an orangutan-like mother with two young children and The Couple 2018, a sculpture of a pair lovingly embracing inside a caravan.

Tamsin Cull, Head of Public Engagement, QAGOMA, said the diverse selection of musicians performing at Up Late were known for pushing boundaries – and would perfectly compliment the visitor experience of Piccinini’s strangely compelling creatures and environments.

Doors open from 5.30pm and guests can mingle as DJs perform in the Gallery’s River Room ahead of the headline acts taking the stage from 8.30pm.

On Friday 8 June – for one night only, DJ Slymewave (Joanna Syme of Melbourne duo Big Scary) will swap her drumsticks for decks, and perform a special guest DJ set to launch the series. For the remainder of the season Brisbane-based musician Grace Stevenson (Rebel Yell) will kick-start each Up Late evening as resident DJ.

Headline performers take to the River Room stage on the following dates:

15 June: Poet, actress and vocalist Lydia Lunch returns to Australia with her all-star group Lydia Lunch Retrovirus (USA), to reveal an uncompromising survey of her vast musical output from 1977 to the present.

22 June: Zola Jesus (USA) will deliver her classical, electronic, goth and experimental rock. Rapper Miss Blanks (Brisbane) – quickly establishing herself as one of the most important new voices in Australian hip hop – will then perform.

29 June: Piccinini Up Late will showcase a double bill with a punk twist, featuring eclectic punk band Cable Ties (Melbourne), alongside the day-glo punk fun of duo The Gooch Palms (Newcastle), with their gritty guitars and colourful costumes.

6 July: A special final act will close the series – to be announced soon.

Follow @qagoma and join the conversation on social media with #FeelitatGOMA.

The exhibition is supported by Principal Benefactor, the Neilson Foundation, and Major Partner, Tourism and Events Queensland.

To purchase ‘Patricia Piccinini: Curious Affection’ exhibition tickets, Up Late tickets, for more information or to purchase a copy of the exhibition publication, please visit www.qagoma.qld.gov.au.