DEBUT ALBUM FIFTH HARMONY REFLECTIONS by Caroline Russo | on February 6, 2015 | 0 comments | in Music | Like it 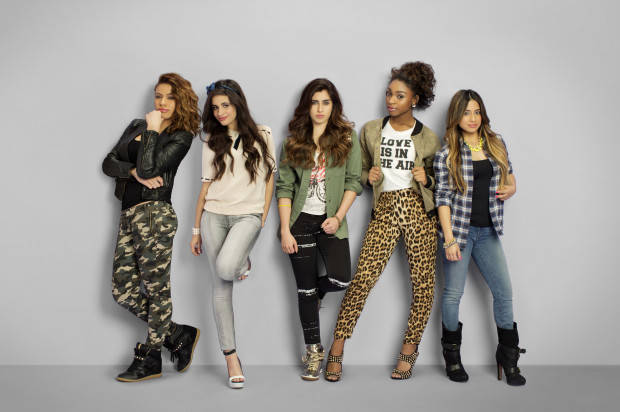 “On the debut from Fifth Harmony, high self-esteem feels like a party” – Rolling Stone

Fifth Harmony is bigger than ever, and they’re reminding young ladies everywhere just how wonderful they are.” – Fuse

“Fifth Harmony is taking on girl-group norms, patriarchy and rude exes—and even Michelle Obama is singing along.” – Billboard

To celebrate the release of their debut album, the girls have announced they will be heading down under for a promotional visit to Sydney and Melbourne taking to twitter to spread the news.
“Ok Australia, we just can’t stay away from you any longer!! We’re coming to you VERY soon…”
Fifth Harmony was overwhelmed when their Australian fans, the “Harmonizers”, launched atwitter campaign to bring the girls to Australia. Fans showed their support for the band by changing their profile picture to the REFLECTION album artwork tagging #5H2AUS which ended up trending #2 worldwide behind the enormous Super Bowl activity.

The pop quintet was hand selected by Simon Cowell on the second season of The X Factor US.Cowell, who assembled One Direction, decided the five young women were too special to let go, so at the end of the show’s boot camp week, Fifth Harmony was born.

Among REFLECTION ’S fourteen tracks (Deluxe edition) is the current radio smash,“Sledgehammer”, combining a savoury and sweet hook with robust eighties-infused production. “Worth It” featuring Kid Ink and “Like Mariah” featuring Tyga bring an urban feel to the record; a slick, sassy, and soulful treasure trove of pop gems and a delightful first statement from Fifth Harmony.

Having just completed their first-ever arena tour in 2014, opening for Demi Lovato, the girls will be hitting Australian shores Monday Feb 16th – Friday Feb 20th promoting the album and meeting the fans that brought them here.

REFLECTION is out now!