film events gold coast film producers interview on film networking by Caroline Russo | on August 19, 2013 | 0 comments | in Interviews | Like it 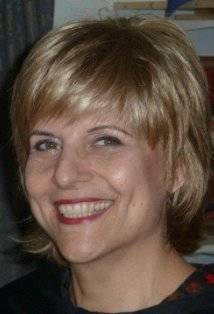 Film producer Pam Collis thrives on solving the complex and irreverently unpredictable jigsaw puzzle of a film project from beginning to end.

Not only is this a key element of Pam’s success, having played an integral part of production teams on numerous Australian and International films for more than 20 years, it is also what inspires her to reach new heights in the industry.

Pam will talk about her experience as a film producer this Wednesday evening at the Gold Coast Independent Film and Television Night at the Gold Coast Arts Centre, where she will be joined by acclaimed cinematographer Nino Martinetti for the screening of the feature film Bad Karma.

Pam and Nino collaborated on Bad Karma, filmed on the Gold Coast in 2011. Directed by Suri Krishnamma and starring Ray Liotta and Dominic Purcell, Bad Karma is the story of a con man forced to come to terms with his shady past when he has a near death experience.

“I was feeling ambitious and looking for an independent project,” says Pam about Bad Karma.

“During the Canes film festival in May 2011 Grant Bradley of Brisbane’s Limelight International Media and I overheard producers talking about the film project.”

“They had it slotted in for another country.” “However, one of their backers had pulled out.” “We were asked if we could package the film for the Australian Market.”

“We were in production with Bad Karma by June that same year.” It just happened that quickly, which is unusual.”

Pam says she is pleased with the result of the film that was a result of collaboration between Canadian and Australian production companies.

Working with Ray Liotta was also a highlight of the project for Pam, who says he was very professional and well-liked by the crew.

“Ray was always on time and polite,” says Pam with a hint of a smile. “He got on well with the director, crew, and especially Nino.”

“He had respect for the frontline team as a professional, knowing that the DOP, make- up artist and costume people were going to make him look good.”

“Ray was also very generous in sharing experience with the other actors, which added value to the project.”

Two years down the track and Pam continues to do what she does best, having taken on producing roles of two consecutive projects.

There is a note of career satisfaction in her voice as she recalls her experience as line producer for The Reckoning, written and directed by John V. Soto, praising the efforts of the production team and actors such as Jonathon LaPaglia and Viva Bianca.

Then she moves on to talk about the action feature film Drive Hard, which is another collaboration with Vancover-based Odyssey Media and will be distributed by Los Angeles-based Voltage Pictures.

Drive Hard, starring John Cusak and Thomas Jane, was filmed on the Gold Coast in June.

A story about a heist and family values, Pam said the film had heart with a comedy element.

“Going through the post production phase, I remember seeing one segment featuring Carol Burns eight times,” recalls Pam. “I am still laughing about that scene, which really says a lot.”

Understanding that actors work differently, and are individuals, Pam is mindful of their varied approach to their work from a producer’s viewpoint that talent drives a film.

“John Cusak is a bit shy,” she says. “He is strictly business – no gossip!” “The camera loves him.” Like Ray Liotta, John is also very professional and thoughtful in sharing his experience with the other actors.”

Pam also praises the Gold Coast as the location for the film.

“The Gold Coast City Council is very film savvy and willing to work with you, she says.”

“They know what boxes need to be ticked, which translates beautifully with what we have here on the Gold Coast.”

Pam added that the benefit of having the location manager work closely with the GCCC Film Liaison manager, right down to parking issues to facilitate equipment and crew was really important.”

Logistics, crunching numbers, managing resources and dealing with talent and crew is all in a day’s work for Pam, who admits that she was bitten by the film industry bug by accident.

“I have a major in genetics,” she says wryly.

“I was on maternity leave and decided to hang out with my cinematographer husband Mic on a project.”

“I thought … this is fun – could use a little more organisation here!”

“I got the bug as they say, and began working my way up in the industry.” My first job was as a production secretary.”

Not surprisingly, the film bug has shaped a family of successful industry people with Pam and Mic’s son an assistant peditor on the current Big Brother series, and their daughter – a former casting director, is soon the be married  to the Director of Photography of Drive Hard.

Asked what film project has been the most significant as a learning experience, Pam doesn’t hesitate to answer – The Proposition (2005), an Australian film starring Guy Pierce and Emily Watson.

“It was a fantastic experience – brilliant! “I learned that it doesn’t matter what budget you have, there’s never enough money!”

Candid and intuitive, Pam sums up her success in maintaining focus and enjoying a demanding career as a female film producer in a few short words.

Join Pam for the screening of Bad Karma at The Basement at the Gold Coast Arts Centre on Wednesday at 7pm, where she will participate in a Question and Answer segment of On the Couch with GCIFTVN founder and host Caroline Russo. Tickets are $15 at the door.