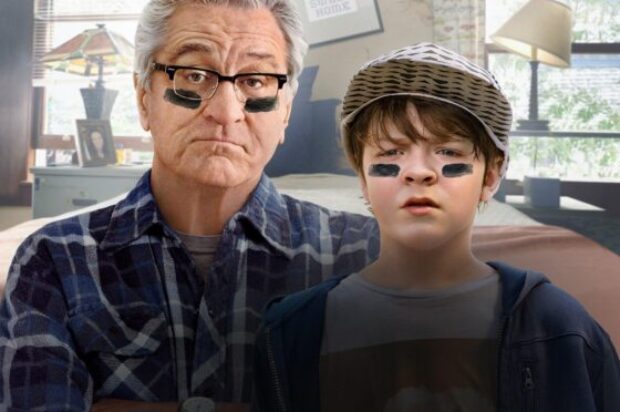 FILM RELEASE
THE WAR WITH GRANDPA

The War With Grandpa” brings leading A-lister actor Robert DeNiro, and Uma Thurman, who is the daughter. Peter (Oakes Fegley) and his Grandpa Jack (Robert DeNiro) used to be very close, but when Grandpa moves in with the family, Peter is forced to give up his most prized possession, his bedroom. Peter will stop at nothing to get his room back, scheming with friends to devise a series of pranks to drive him out. But, Grandpa doesn’t give up easily and before long, it’s an all-out war!

The journey of the film to the big screen was with 11-year-old executive producer Tre Peart. “I read the book three years ago as a school assignment. The rule in my house was that if a movie had a book attached to it I had to read the book first. So, after reading the book I was excited to see the movie. I looked around on YouTube, Netflix and Vimeo – and NOTHING! So, then I brought the movie to my parents, luckily for me, they are movie producers. They thought it was a good idea. And here we are now,” says Tre Peart.
The fact that THE WAR WITH GRANDPA was standard reading for Tre’s class and that so many of the kids responded to it the same way Tre did give the project a kid’s stamp of approval.

Rosa Peart adds, “It was hard to get Robert DeNiro to say ‘yes’. First, it was scheduling thing, then it was he wasn’t sure about the project. And, we are a small, independent film company. It wasn’t the biggest budget. But in the end, he came around due to our persistence.”

The filmmakers saw hundreds of submissions for the role of Peter. Rosa Peart says, “It was hard. We had a lot of submissions. We wanted a kid that was still a kid at heart, that wasn’t too dramatic, or too goofy, or someone that could represent a true 11-year-old and Oakes was it.” 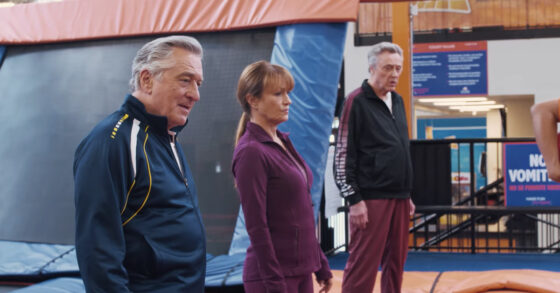 Christopher Walken was a “big get” for producer Marvin Peart. “As much as I liked him as an actor, it wasn’t until we had the reading in New York, at the Loft in Tribeca, where the entire cast came around, we read the script through, and every time Chris Walken opened his mouth, there was a laugh at the table. So much so, that then, you see Robert DeNiro sort of puff his chest out…It was almost like a heavy weight prize fight between these two great actors. And it was just this reading, but, you know, it really brought the movie to life. And it really said to us, as I was saying to my partner Rosa, “I think we really have something here.”

Another edition to the cast is Jane Seymour who has just been to Australia to film Ruby’s Choice in Sydney last August, and here she is a checky chick out chick and she joins De Niro to war with the kids on a trampoline. The film-set must have been full-on with fun and laughter can only imagine how much fun it must have been for her to work once again with Christopher Walken.

This is a fun family film and has some great laughs in it, with some cool messages as well towards the end. With such a strong cast and with the timely release for the end of the year season and with cinemas open this is a good treat to take the kids and grandparents.