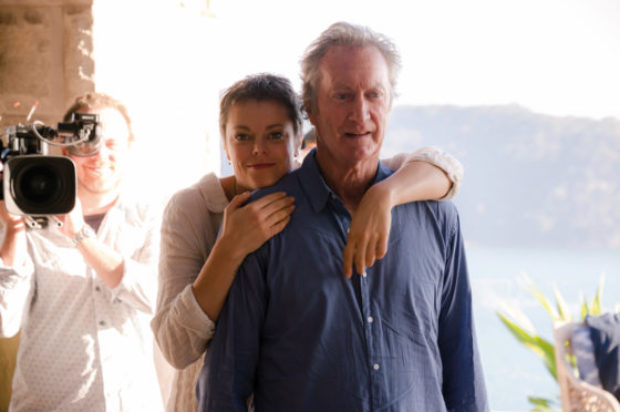 Palm Beach is the location that brings together a group of baby boomers that are close friends to the house of Frank (Bryan Brown) for his 73rd birthday and his wife Charlotte (Greta Scacchi) The couples are Leo (Sam Neill) and Bridget (Jacqueline McKenzie) along with Billy (Grant) and Eva (Heather Mitchell) and they have a history that goes back and some hidden secrets in some.
Also joining the party are the young guys Dan (Charlie Vickers), Ella (Matilda Brown, real-life daughter of Ward and Brown), Caitlin (Frances Berry) and Holly (Claire van der Boom). 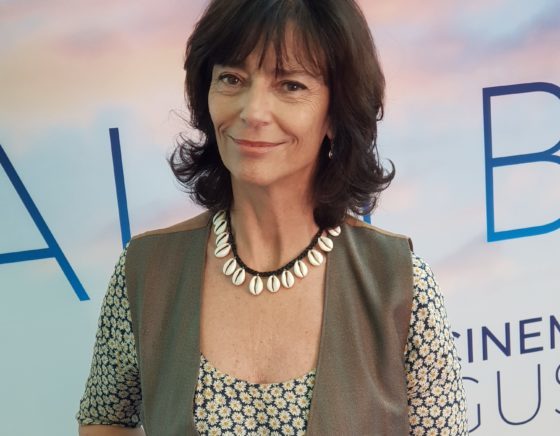 The weekend sees many unraveling things take place as to dipping back to the past days when the men were a band with a one-hit wonder, to seeing Frank who now is quite wealthy but is not dealing with life and aging and his retirement as to his wife in other ways as to her life and the past. The rest of the gang bring in other tensions that build within the camp over the days and it is all dramatic and comes to head when there is a boating accident.

It sure has a glimpse of the film THE BIG CHILL that was made back in the 80s that had great music and of course, this has the soundtrack from Universal that is not bad.

Rachel Ward and acclaimed playwright Joanna Murray-Smith took 5 years to write this and collected a great cast as to the fact of knowing one another for many years as this was produced by Mr Brown. It does touch on areas that as when for some who get older face the windows that at times the desire to escape from. It is patchy throughout the film but works through the theme of the story. It was good to hear that there where 50% of women in crews employed by Rachel which gives women in film a leg up more so in the film industry.

The vision is very Palm Beach and shot so well and it is an enjoyable film for what it is and worth seeing as to some very creditable actors on screen.