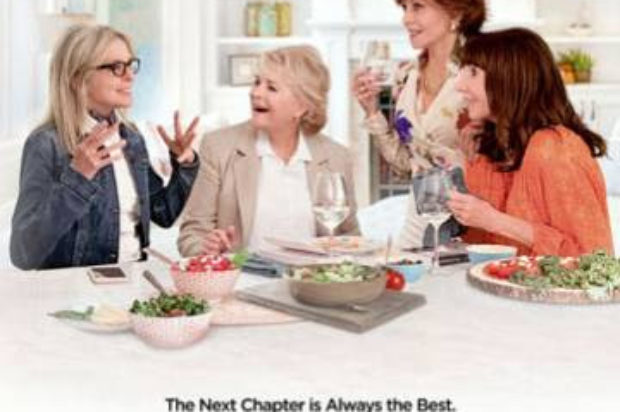 Four lifelong friends have their lives turned upside down to hilarious
ends when their book club tackles the infamous Fifty Shades of Grey.

Diane (Diane Keaton) is recently widowed after 40 years of marriage.
Vivian (Jane Fonda) enjoys her men with no strings attached. Sharon
(Candice Bergen) is still working through a decades- old divorce. Carol’s
(Mary Steenburgen) marriage is in a slump after 35 years.

From discovering new romance to rekindling old flames, they inspire each
other to make their next chapter the best chapter.

Verdict … I hate to say it as I was so looking forward to this, and big fan of the entire cast but it sure lacked any form of entertainment and felt bored throughout the whole film. The script and direction was so poor that I just wanted to cringe, and felt for the actors on screen. This was made to appeal to a mature audience, and by all means go go see it as you may get a few giggles. For me no thanks .. 2 and bit stars