film reviews psychological thriller the little things film by Caroline Russo | on February 4, 2021 | 0 comments | in Film Release & Reviews | Like it 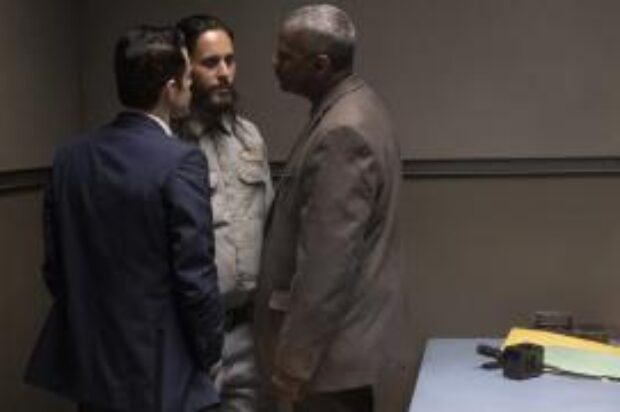 Joe “Deke” Deacon (Washington) and Jim Baxter (Malek) are two cops at very different phases of their lives and careers when they unexpectedly find themselves working together to solve the ongoing case of a killer targeting women in the Los Angeles area. As the case unfolds, they become fixated on a particular suspect, but tracking him causes them both to grapple with their own demons, and for Deke, long-buried secrets rise to the surface. 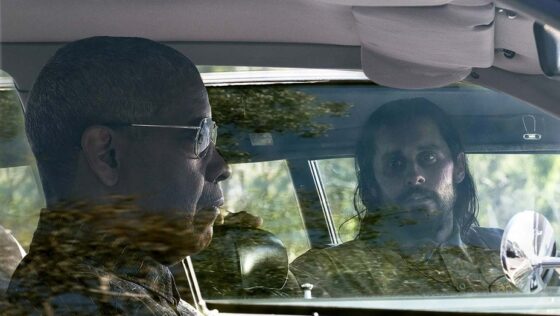 Lead actor Denzel Washington who when read the script says, “It was a good read, a really interesting story I hadn’t seen before and a character who was scarred, cynical, guarded… If he ever had any sort of faith, he’s lost it, but he goes on what’s almost a spiritual journey through the sort of hell I think maybe only a cop could understand, and I found that really interesting. I had known about John as a wonderful writer and director and so working with him was a really easy decision.”

Rami Malek stars alongside Washington as rising-through-the-ranks Baxter. “From the first read I could see this was an extremely powerful thriller, but also much more than that. Dig into the layers of these characters and you find the profoundly psychological impact the work has on them,” he asserts. Malek adds that “one of the reasons I gravitated to this story is because it doesn’t have your usual Hollywood ending. It leaves you questioning your idea of how we look at people—criminals, even ourselves—and what happens when we get extremely obsessed with something. After I read it, I kept turning it over in my mind.”
A key element that stirs debate between Deke and Baxter stems from the complex nature of their prime suspect, Albert Sparma. Producer Mark Johnson surmises the film’s suspense grows in part because he keeps both the cops and the audience guessing. “Albert Sparma is a man that we can safely say is culpable,” Johnson states. “The question is: of what?”
Jared Leto, who takes on the oddly inscrutable Sparma, had met with Hancock before and says, “I have wanted to work with John Lee for quite some time, he’s such an incredible writer and director. When I first read the script, I really was taken in by the characters and he did a great job of keeping you on the edge of your seat. The story poses questions not just about guilt or innocence, but assumptions, identity. It was surprising and I think people are going to be shocked by the ending.”

For the filmmakers, “The Little Things’” path to the screen was almost as long and circuitous as the one Sparma (Leto) leads Deke and Baxter down. Busy with various projects both as a writer and director over the years, Hancock’s own path would nevertheless frequently cross with Johnson’s. Having produced one of Hancock’s earliest scripts, followed by two of his films as director, Johnson never forgot the work they did developing this one in particular. He offers, “‘The Little Things’ script was a producer’s dream: this spectacularly dark crime story that’s really a character study about what it means to be a cop and how the obsessive nature of that job can take over your life, infused with the kind of suspense and anxiety that keeps you turning the pages.”

Jared Leto enjoyed the mystery surrounding his character.“Albert Sparma could be a villain,” Leto says. “He could be a red herring… He could even be a sort of savior. He’s definitely an outcast who doesn’t really fit into society and probably feels a little underappreciated, but he’s highly intelligent. He sees the world in a different way and the world—the police especially—see him as different, which I liked. He probably gets under the skin of everybody he interacts with, especially the police.”
There was no shortage of admiration among the in-demand costars. Leto states, “When I heard it would be Denzel Washington and Rami Malek as well, I was in. For me, Denzel is Brando, one of the Titans, one of the greats. It was a thrill to go toe-to-toe with him. And Rami was a great partner, so generous and patient and a joy to work with, and the way he played Baxter was such a good balance for Sparma.”

The locations for the film were in Ventura and Pasadena to Alhambra, Whittier, Santa Clarita and Skid Row.

Overall the film does have a slow pace but it builds with the characters and suspense that the ending does give.