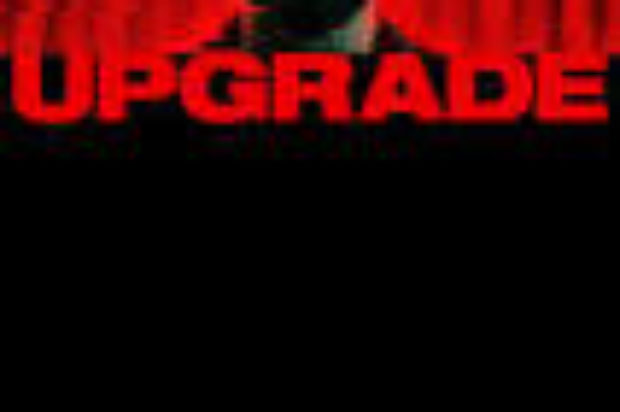 Every now and then, a movie comes along and takes you on an unreal, yet oh so real journey into a world of possibilities driving headfast towards an unrelenting probability. Director Leigh Whannell has achieved such with his dystopian masterpiece, “Upgrade.” This tale explores so many twists of our current state of society and digs beneath the surface of man vs machine, but so much more than the latter. Shall we?

We meet Grey Trace( played incredibly with a stellar finesse from Logan Marshall-Green- TV’s 24, Prometheus, Spiderman Homecoming), a man deep rooted in the classic charms of rough and tough with his love of building old Trans Am cars, as opposed to the more conservative and modern futuristic stature of his wife Asha( played by Melanie Vallejo of TV’s Winners & Losers), who is swept up in the conforms of a ‘Skynet’ evolved way of life, complete with automated, driver-less cars with technology doing everything for the modern person almost literally. Both share a deep love, that’s wonderfully captured for a brief warm prelude early, till a brutal mugging takes the movie to a dark place that sweeps and sways through wave after wave, that paints a very close portrayal of a modern society that shows very little light throughout the film. Is this a bad thing? Well, not really. With Grey left a quadriplegic with a hunger for vengeance and a bleak future, a billionaire inventor presents a unique and life changing opportunity for Grey to escape his prison and from here, is where our delicious plot gets even more satiable.

The references in this film are well placed and the process of a man’s quest for answers and vengeance, as he evolves with the help of an AI implant called STEM, that takes one back to the glory days of Knight Rider and Robocop with so much more bloodshed and action than anticipated. The dark twists of this film are clever and will surprise many. Filmed in Melbourne, this has cult classic written all over it. Prepare yourself for quite possibly, one of the best films of 2018.