Bill Murray DAD AND DAUGHTER director LOST IN TRANSLATION ON THE ROCKS Sofia Coppola by Caroline Russo | on September 25, 2020 | 0 comments | in Film Release & Reviews | Like it 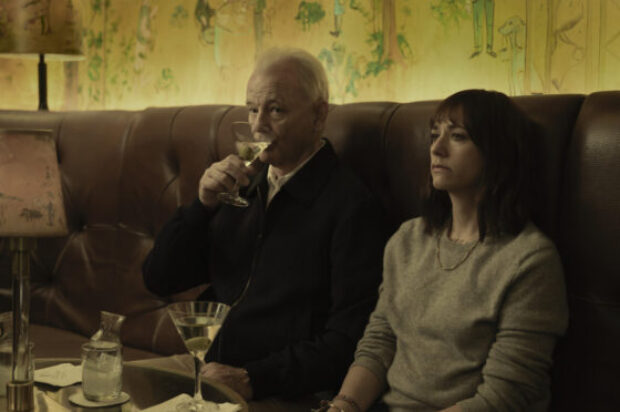 FILM REVIEW
ON THE ROCKS

Let start with the film “Lost in Translation” that got Sofia Coppola, director-writer an accadmay award which boosted this by the fact that she cast Bill Murray, and the very young Scarlett Johansson. It is still on-demand film and I am a big fan of it and love what Sofia did here. So here we are back with Coppola latest film On the Rocks where we see Bill as Felix as a divorced, retired art dealer who has a cheeky love for women and his daughter Laura (Rashida Jones) who thinks she’s happily hitched. Still, when her husband Dean (Marlon Wayans) starts logging late hours at the office with a new co-worker, Laura begins to fear the worst. She turns to the one man she suspects may have insight: her charming, impulsive father Felix (Bill Murray), who insists they investigate the situation. As the two begin prowling New York at night, careening from uptown parties to downtown hotspots, they discover at the heart of their journey lies their own relationship. And it’s complex for sure!

This is a very different film as Coppola states “I wanted to try something different—something much lighter in tone—but also touching on some things I was thinking about in my own life,” says Coppola, adding, “There was this draw towards making a fun, smart, New York comedy capturing the energy of the city.”
“I was thinking a lot about my father and that whole generation of men, that ‘martini generation’ which were such characters but also part of what could be a very objectifying culture. And, I was also thinking about how your relationship with your father affects your relationships and marriage,” Coppola explains. “How do we relate to these men in our lives who we deeply love, but who we don’t always see eye-to-eye with when it comes to how men and women relate? That’s integrated into a mad-cap caper that I hope kind of whisks you away and into the city.”

In bringing back and casting Bill Murray, this was to be and have a chance to let Murray do what Murray does like no other: use his uncanny ability to evoke the arrested child inside a grown man. But, in this case, he plays a sophisticated playboy who is also a grandfather—in one of his funniest and most delicately touching performances in years.
“I haven’t seen Bill play a father before,” Coppola muses. “It was just so fun for me to imagine him as this character as I was writing. He is such a big lover of life, and that’s what I wanted in Felix—someone who is a lot of fun but… complicated. He’s the person you’d want to take you on a crazy adventure.” 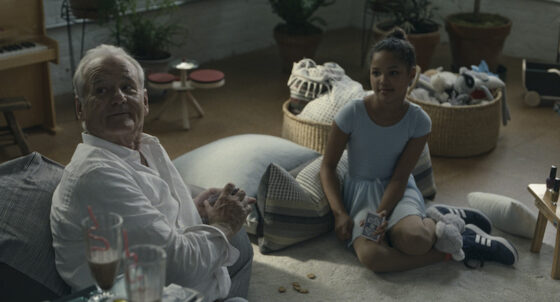 This film may not appeal to all ages here but what I can say it does deserve a watch as to the characters alone here and story combined and am sure there is related material here for what can be between close love ones and family.

One scene that I think is funny when Flex and Laura are spying in a sports car pursuit, and the police stop them, and this is where Mr Murray is at his best and so wish I could adopt a dad like him for the coolest of them all. If you are a fan of him go see this film and of Sofia, she hits a mark I feel in all her films and is one woman that knows how to get behind the camera and tell a story.

ON THE ROCKS will be screening at Palace Cinemas (excluding Victoria) nationally from October 2 and will be on Apple TV+ from October 23.