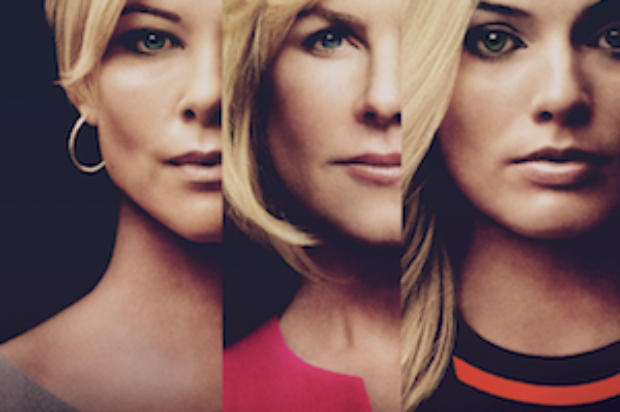 This may have been such a timing film back when they made it as things in the Me Too movement were breaking out. With two powerful OZ actors in this Academy Award® winner Nicole Kidman, Academy Award® nominee Margot Robbie, the very outstanding Charlize Theron who worked on this very hard and got the mix together and you have a good mix of storytellers actors in the film Bombshell.

It has already had a lot of talk since the release and other versions made but to me, it is not a film I will say must-see but a film of good interest’ as it is a factual story that follows what happened in the walls of one of the biggest media empires with scandal and shame on Roger Ales figure played by Academy Award® nominee John Lithgow who lost out in the end!

Margie when she first read the script stated she felt she wanted to be part of the conversation of this film and urge to do it. It is complex with all the characters and it is written that way by Academy Award® winner Charles Randolph.

Directed by Emmy® Award winner Jay Roach and pieces well together with the engagements as they are played out. This is a female film for sure but will attract the male audience who are for women and it’s still has a long way to go yet but Hollywood female creatives sure making more statements to make new pathways for future.