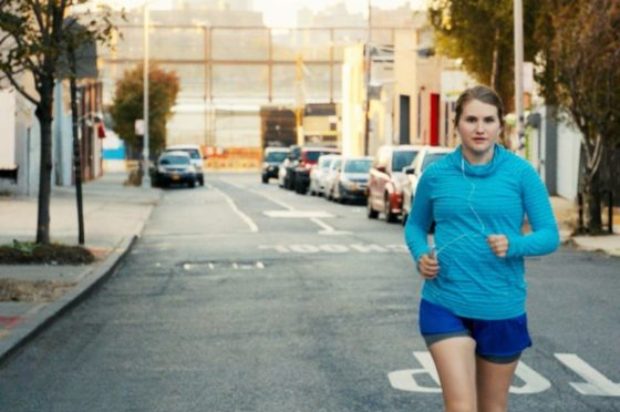 Brittany Runs A Marathon is inspired by the true story of first-time writer-director Paul Downs Colaizzo’s flatmate, Brittany O’Neill, whose photo appears in the end credits. I was very surprised by the film and its direction and performance by Jillian Bell (22 Jump Street, Inherent Vice) who is rising the ranks in Hollywood as to the lead in this film that does go the distance in saying good well done and a good film to boot!

It was the winner of the 2019 Sundance Film Festival Audience Award, and had the Sundance audience in stitches – Brittany Runs a Marathon gently and sensitively reminds us what it takes to truly change our lives for the better.

In following the story Brittany Forgler is 27 years old and a mess: her boss is disappointed in her, her doctor is worried about her, her friends don’t respect her, and, worst of all, she doesn’t respect herself. In search of a new life, Brittany laces up her Converses and runs one block. The next day, two. Pretty soon, a mile. She finally has direction, but is she on the right path?

BRITTANY RUNS A MARATHON is the story of a woman who wants a better life and sets out to conquer herself one city block at a time.

You might think this is a female film but no so it does have a good reach for general audience appeal.