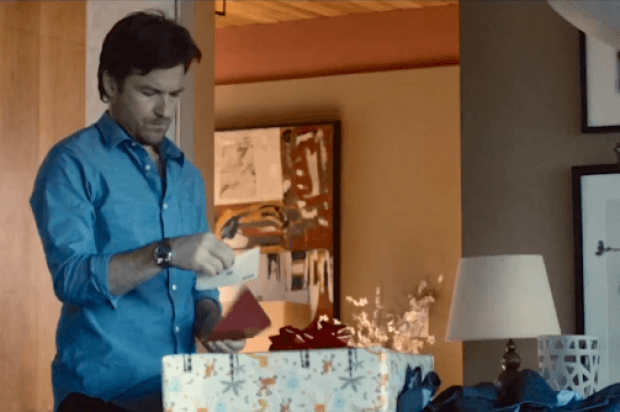 With Jason Blum’s production company Blumhouse behind it, it’s not surprising that ‘The Gift’ –complete with generic poster art and foreboding trailer – is being marketed to audiences as a horror-lite thriller. Though it certainly has a thriller element to it, and it’s quite an unnerving experience overall, it’s more a dramatic excursion with high emotive stakes and a payoff that is bound to stir a little controversy. With his back catalogue as a writer including such acclaimed works as ‘Felony’ and ‘The Rover’, it makes sense that Joel Edgerton, making his directorial debut here, would maintain his dark edge as a storyteller with this highly intelligent film having far more in common with his aforementioned works than the likes of fellow Blumhouse productions ‘Insidious’ and ‘Paranormal Activity’.

Edgerton has given himself a pearler of a role here, but it’s far from the villainous turn one is initially expecting as his Gordo is merely the instigator of a series of events that challenge the seemingly perfect marriage between Simon (Jason Bateman) and Robin (Rebecca Hall). Our alliance as an audience lies with Simon and Robin primarily when Gordo re-introduces himself to the couple during a shopping excursion one afternoon when it dawns on Simon that he went to school with Gordo (“Gordo the weirdo” he was so lovingly dubbed) and they do their best to play nice as Gordo inserts himself into their lives.

As he arrives unannounced at their home and bears more than his share of thoughtful, if slightly inappropriate, gifts, Simon’s patience wears thin and it eventually comes to a head in a heated discussion that ultimately becomes the catalyst for Gordo to place Simon under the microscope to reveal to Robin just who exactly she has been sharing her life with; to say the sins of his past come back to haunt him is something of an understatement.

With Edgerton and Hall the two cast members seemingly more equipped to tackle drama, it’s quite a surprise that it’s Bateman who emerges the true standout. Edgerton is suitably off-putting (the subtle prosthesis he has adopted to change the size of his eyes is particularly effective) and Hall is more than adequate as the trusting (or should that be not-so-trusting?) wife, but with his charm utilized here to get wherever he needs to be, regardless of who he hurts in the process, Bateman delivers the type of performance one wouldn’t expect, and the sense of menace and anger he brings to the character only assist in layering a fully realized character.

As said before, ‘The Gift’ being marketed more as a straight-forward thriller could potentially damage people’s perception as, apart from a handful of cheap jump scares (no less effective though – let’s just say one moment in a shower scene is worthy of biggest jump of the year) this is more a slow-burner, a restrained chiller that moves at its own pace towards an unexpected climax. Edgerton has crafted one of the year’s best films, clearly working with some of the best in the business has paid off, and if you’re prepared to appreciate ‘The Gift’ for the type of film it isn’t being advertised as, you will be healthily rewarded with a feature that is intelligent, unpredictable and realistic.