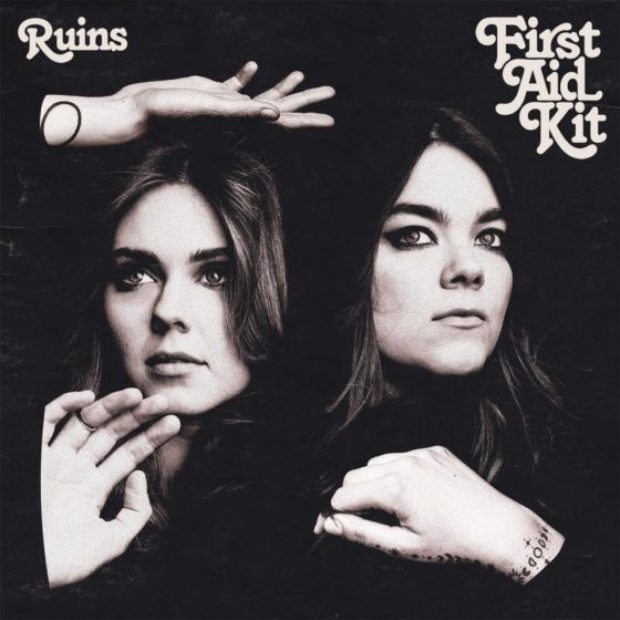 Swedish duo First Aid Kit will release their highly anticipated album RUINS on January 19. Produced by Tucker Martine (My Morning Jacket, Laura Veirs), the album was recorded in Portland, OR where the duo collaborated with amazing musicians — REM’s Peter Buck, Wilco’s Glenn Kotche, and Midlake’s McKenzie Smith. RUINS is available for pre-order now and includes lead single ‘It’s a Shame’ as well as ‘Postcard’ which premiered this month via Rolling Stone Country.

First Aid Kit says: “‘Postcard’ is one of the most traditional sounding songs we’ve ever written, and we wanted the production to mirror that. It’s not a resentful song, but more of a reaching out to a lover to wish them well on their journey in the midst of having to let them go.”

RUINS follows the band’s ARIA top 10 album STAY GOLD, a lush and ambitious 10-song collection that beautifully captures their vivid storytelling, landing First Aid Kit countless “Best of 2014” accolades. Earlier this spring, the duo also released a stand-alone single on International Women’s Day entitled “You Are The Problem Here.” It is an empowered, passionate, and angry song that confronts the rape culture epidemic, with a portion of proceeds donated to Women for Women International.