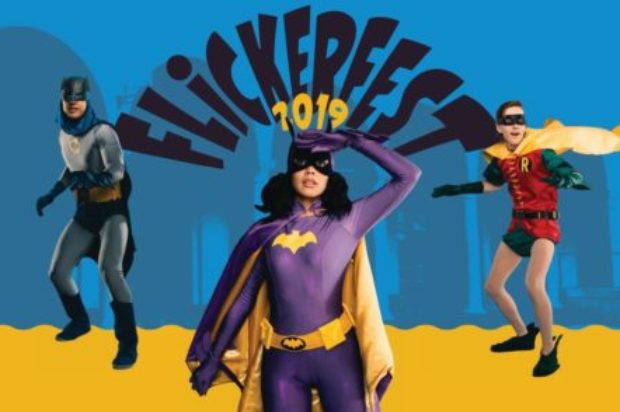 Celebrating its 28th year in 2019 Flickerfest remains Australia’s leading Academy® Accredited and BAFTA recognised short film festival, ensuring that we continue to present A-list short film programmes recognised amongst the best in the world with films hand-picked from the festival’s 2,700 entries.

Gold Coast here we come! Returning on the 14th of March to HOTA (Home of the Arts) in Bundall Rd, Surfers Paradise for one night only of the fabulous showcase Best of Australian Shorts, with films hand-picked from the festival’s 2,700 entries. Screening starts at 6.30pm and tickets cost $16/$14 conc.

The Flickerfest programmes present a selection of entertaining, inspiring and award-winning films hand-picked from the festival’s 2,700 entries, giving local Flickerfest audiences the first look at the hottest shorts in the world today.

Of particular local interest in the Gold Coast programme is the film ‘Shots Fired’ which had its world premiere at Flickerfest in Sydney. The film’s Director Manon Lewis grew up and went to school at Somerset College on the Gold Coast. ‘Shots Fired’ tells the story of Katie, a precocious 13-year-old girl, who, whilst on a hunting trip in the great Australian bush, helps her Dad & his two long-time friends navigate their quarter life crises. The catch; they are as useless at hunting as they are at sorting out their issues. Manon is available for interview with local Gold Coast media.

Also featured is the delightful indigenous drama from the NT ‘Lil Bois’, by Grant Thompson, the first short film in the traditional language of Ngandi. ‘After swimming with his friends in a billabong, a nervous little boy returns to his camp and discovers everything has changed. His family is missing. With his friends, he heads out into the wilderness to find them’.

Comedian & actor Paul McDermott makes a return to Flickerfest, with his beautifully crafted & haunting animation ‘Ghostbear’, which looks at the worlds disappearing species. A polar bear cub, the Ghostbear, wanders through the antic wasteland in search of his place in the world and his birthplace in the stars.