Australian Launch FOXTEL video-on-demand Walter Presents by Caroline Russo | on October 17, 2017 | 0 comments | in FOXTEL | Like it 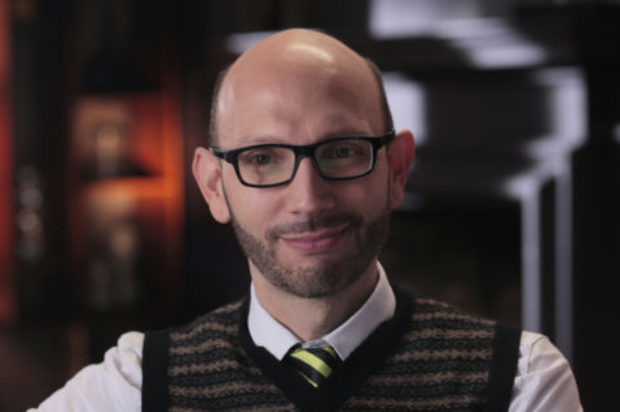 Acclaimed streaming video on demand service Walter Presents, which has won plaudits and a loyal following for delivering the world’s best foreign-language dramas to UK and US audiences, will be teaming up with Foxtel to bring its award-winning dramas to Australian audiences from November 1.

The video on demand service, backed by UK broadcaster Channel 4, will deliver top rated, exclusive and original first run drama series from around the world to Foxtel and Foxtel Now customers with an appetite for quality TV content, and is the second stage in a planned Walter Presents global roll-out.

Walter Presents is named after its curator and host Walter Iuzzolino, a passionate drama fan who hand picks each show and never uses computer algorithms to select titles.

The collaboration will see Walter Presents series premiere on Foxtel’s On Demand service from November 1 and then from December 15, the drama channel Showcase will have a Friday night Walter Presents slot to feature some series. New release Walter Presents dramas will be added every month.

Capitalising on the growing demand for premium world drama, Foxtel aims to host over 150 hours of premium foreign language drama in its first year and will include a diverse range of dramas which have been blockbuster hits in their native countries. From Nordic thrillers to South American chillers, every series will feature bespoke high-quality customized sub-titling. Each season will be made available in its entirety allowing viewers to binge watch the content.

The three series for the Australian launch of Walter Presents in November are:

Locked Up:
Set in a high security women’s prison, this is a rollercoaster Spanish thriller simmering with tension, sex and violence which quickly became a smash hit in the UK.

Merciless:
Dark, visceral crime thriller from Brazil in which a charismatic serial killer infiltrates the police to play a cat-and-mouse game with the forensic psychologist tasked with tracking him down.

Vanished By The Lake:
The disappearance of a local teenager ignites painful memories for a homicide detective who previously lost her two best friends, when they went missing under similar circumstances, fifteen years before – a riveting French Noir murder mystery.

Co-founder and curator of Walter Presents Walter Iuzzolino said: “We’re proud to be partnering with Foxtel, Australia’s most prestigious home of premium scripted series. Australian audiences are some of the most forward thinking and sophisticated in the world. They have a hunger for compelling, quality international drama as demonstrated by the success of Nordic Noir here and we are thrilled to be able to broaden the scope and palette of the international drama offerings further with additions from countries as diverse as Mexico, Holland, Chile, Spain and Belgium.”

Foxtel Director of Content Ross Crowley said: “Walter Presents brings an entirely new element to the Foxtel entertainment experience. Australia has one of the richest and most diverse audiences in the world, with many speaking languages other than English at home. In teaming with master curator Walter Iuzzolino, we’re genuinely excited to bring some of the boldest, most exciting, premium dramas from around the world to our On Demand catalogue.”

Walter Presents launched in the UK on Channel 4’s on-demand service All 4 in January 2016. Since then the service, uniquely curated by Walter, has garnered rave reviews and millions of views to a broad range of high-quality foreign language TV drama.

About Walter Presents
Walter Presents launched January 2016 in the UK as a video-on-demand service and is a joint venture between Channel 4 and Global Series Network, founded by Jason Thorp, Walter Iuzzolino and Jo McGrath. Dedicated to showcasing award winning foreign language drama, the service is named after its curator Walter Iuzzolino, a passionate drama fan. In March 2017 Walter Presents launched as an SVOD platform in the US with the New York Times hailing it as a ‘chic TV boutique with a foreign accent’. The Australian launch is the second stage in a planned global rollout.