FOXTEL LINE UP OF SHOW AND TELL IS LOOKING COOL 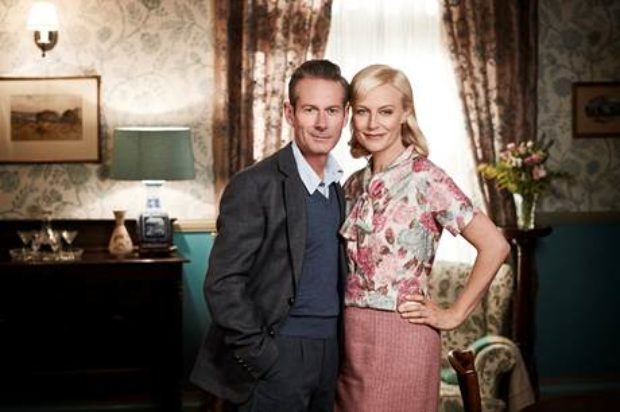 Winter is over yet the drama
continues on Foxtel

It’s been an epic year of drama on Foxtel – from Nicole Kidman’s Emmy-nominated performance in Big Little Lies and the extraordinary ratings for Top of the Lake: China Girl to the sleeper hit series Taboo, not to mention the highest rating season of Game of Thrones in Foxtel’s history.

And with the seventh and penultimate season of the global blockbuster Game of Thrones reaching its dramatic conclusion today, Foxtel has announced an incredible line-up of programs currently airing, or coming soon, which will keep the post-GoT blues at bay and leave drama lovers hungry for more.

Following their live broadcast, these new and returning hits will also be available to watch, when you want, from Foxtel’s on demand library, or streamed on demand on Foxtel’s streaming service, Foxtel Now.

· Outlander (season 3) – returns Express from the US on Monday September 11 at 7.30pm. The new season of this much loved drama picks up right after Claire (Caitriona Balfe) travels through the stones to return to her life in 1948. Now pregnant with Jamie’s (Sam Heughan) child, she struggles with the fallout of her sudden reappearance and its effect on her marriage to her first husband, Frank (Tobias Menzies).

· A Place To Call Home (season 5) – returns Sunday October 8 at 8.30pm. The new season of the 2017 TV WEEK Logie Award winning drama will jump to 1958, where four years have passed since we left Sarah (Marta Dusseldorp) and the Bligh family. The world of wealth and privilege is being eroded, moral values are fraying and a new young generation is rising, full of disaffection with the world of their elders. Economic change and the devious actions of unseen enemies threaten Ash Park and, in the midst of the turmoil, love becomes the only sure place anyone can call home.

· Mr Robot (season 3) – returns Express from the US on Thursday October 12. Psychological thriller Mr Robot follows Elliot Alderson (Rami Malek), a cyber-security engineer who, along with hacker Mr. Robot (Christian Slater) and hacker group fsociety, starts a revolution to change the world. Season 3 will explore each character’s motivations and the disintegration between Elliot and Mr. Robot.

The best of British drama comes on BBC First with:

· Top of the Lake: China Girl – continues Sundays at 8.30pm with the season finale to premiere September 24. Starring Elisabeth Moss who reprises her Golden Globe winning role as Detective Robin Griffin, alongside Gwendoline Christie and Nicole Kidman, the premiere episode on August 20 recorded the highest overnight rating for a BBC First broadcast ever.

· Born to Kill – premieres Monday September 11 at 8.30pm. This four-part series is an intense and powerful psychological thriller about an apparently model teenage boy Sam (Jack Rowan) trying to hide his psychopathic desires while falling in love for the first time.

· The Moorside – premieres Thursday September 28 at 8.30pm. Based on true events, The Moorside is a two-part drama about the search for missing Yorkshire schoolgirl Shannon Matthews. In 2008, a nine-year-old girl goes missing on a council estate in the north of England. A frantic search ensues but no trace of her can be found. Appeals by her mother come to nothing, but the community stand by her and make extraordinary efforts of their own to find Shannon.

· Fear The Walking Dead (season 3B) – returns Monday September 11 at 7.30pm Express from the US. The return of season three promises more zombies and blood than ever before. After the death of Jeremiah, the Clarks and Ottos have secured an uneasy truce with the Nation, and former enemies must find a way to survive together.

· Lucifer (season 3) – returns Tuesday October 3 at 7.30pm. Part police procedural, part romance, part fantasy adventure and part epic, Lucifer is a show like no other. In Season 3, Lucifer (Tom Ellis) returns to San Diego to heat things up. The climactic events of the season two finale left us wondering, where in the world is Lucifer and how did he get his wings back?

· The Walking Dead (season 8) – returns Monday October 23 at 1.30pm with an encore at 7.30pm, Express from the US. The Walking Dead celebrates its milestone 100th episode when it returns for season 8. It’s all-out war in the next instalment of this post-apocalyptic horror series, as Rick’s community rallies to take on Negan and the Saviors.

Meanwhile, DC Comic fans can prepare for a super month on FOX8 in October with all their favourite superheroes returning Express from the US, including Supergirl (season 3); The Flash (season 4); Arrow (season 6) and DC Legends of Tomorrow (season 3).

For viewers still desperate for a Game of Thrones fix, every single episode of the worldwide hit series will be available to watch, when they want, via Foxtel On Demand, from October 17.