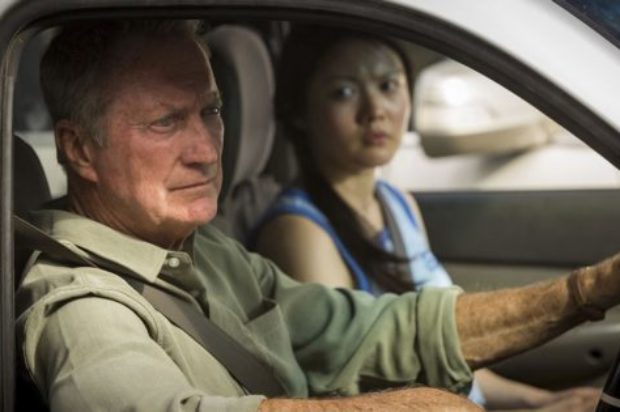 Foxtel and Dendy will be launching a new route to market for Australian and international film content by combining theatrical and premium on demand channels of distribution. This new model will create a more sustainable distribution strategy for niche feature and documentary films.

This innovative route to market provides a national footprint achieved through a theatrical season at Dendy Cinemas and partnering exhibitors, followed by a near simultaneous premium on demand season on Dendy Direct and Foxtel Store that launches one week after the theatrical release.

Following its world premiere at the Sydney Film Festival, AUSTRALIA DAY, a Hoodlum production for Foxtel, will be released under this innovative new model in cinemas on September 21 and then available one week later ‘Express from Cinema’ in Foxtel Store and on Dendy Direct on September 27. Icon Film Distribution is proud to be partnering with Foxtel and Dendy to give audiences access to the latest feature from Red Dog Director, Kriv Stenders.

“Dendy is the only vertically integrated business in Australia offering both exhibition and on demand. It is therefore uniquely positioned to entertain a wider audience by combining the big screen experience of Dendy Cinemas and the national reach of our online movie platform Dendy Direct. This business model which we are branding Dendy Marquee will offer consumers more choice, accessibility, and immediacy in the consumption of quality specialty content,” said Greg Hughes, CEO, Dendy/Icon.

The growth of digital adoption provides a significant opportunity for on demand delivery to add real and sustainable value to the content ecosystem for filmmakers, exhibitors and consumers, whilst maintaining theatrical exhibition as the ‘gold standard’.

“We are always looking to make our cinema program compelling and eclectic. The Marquee initiative allows us to screen films for our patrons that would otherwise not be available,” said Eddie Tamir, Owner – Classic, Lido, Cameo Cinemas.

Foxtel’s Director of Content Ross Crowley said: “Foxtel is excited to be part of this initiative to bring selected movies into Australian homes even sooner. We love going to the movies, and we love when the movies come to us. Australia Day is the perfect title to lead our expanded Foxtel Store offering, making a great Australian feature available to homes around the country one week after cinema. Australia Day joins thousands of movie titles available on Foxtel Store across IQ2+ and HD boxes.”

This innovative distribution model will contribute to the growth and sustainability of the Australian film industry by providing platform agnostic access for consumers to discover great Australian stories and ensuring these voices continue to resonate with the broadest possible audience.

Screen Queensland CEO Tracey Vieira said: “It’s exciting that Australia Day will take the lead with Foxtel and Dendy’s new model in bringing films to market. Australia Day, filmed exclusively in Brisbane with Screen Queensland investment, promises to be a popular choice for Australian audiences and should be a successful launchpad for the new Dendy Marquee.”

“Screen Queensland is passionate about embracing new models to reach audiences and is thrilled to see a Queensland film launch this way,” Ms Vieira said.

“It’s a real thrill and honour to be a part of this exciting and hopefully precedent setting distribution platform. I believe the future of niche Australian film distribution has finally arrived, and truly hope that other local filmmakers, distributors, broadcasters and exhibitors will be able to continue to build and expand upon the innovative template that Foxtel, Icon and Dendy have now created,” said Stenders.

Whilst the nation celebrates with beach/backyard barbeques and Hottest 100 / pool parties, these three individuals find themselves alone and facing issues of racism, oppression and violence – each terrified for their own life. When their respective paths cross with police officer Sonya (Sebbens); Australian teen Jason (Webber) and failed farmer Terry (Brown), all must make choices and sacrifices. All will find there is a heavy price to pay, but heart and hope will help them to create meaningful change.

A fascinating take on the cultural tension that lurks beneath the surface of our country’s modern society, AUSTRALIA DAY has been called “provocative” (The Daily Telegraph) and “energetic” (Screendaily), with Variety likening it to 2006’s Oscar®-winner, Crash.

There is an exciting range of content from all over the world with a new title launching every fortnight. Stay tuned for further announcements.