Shocking and surprising the entire industry and fans everywhere, Future will unleash his third full-length album, ‘DS2’ via Sony Music Australia on Friday July 17, 2015. This is undoubtedly primed to be one of the summer’s biggest hip- hop blockbusters.

Unlocking the world of ‘DS2’,the multi-platinum game-changing Atlanta hip-hop powerhouse has premiered the music video for ‘Blow A Bag’ via his Twitter. Mirroring the track’s airy and engaging production and Future’s rich and raucous bars, the clip is a bona fide event on par with the album’s explosive rollout.

‘Blow A Bag’ arrives hot on the heels of this week’s premiere of the video for Rocksmith Presents: ‘Real Sisters.’ Driven by entrancing and enticing piano and spotlighting more of the MC’s fiery rhymes and hooks, the video quickly became a widespread phenomenon over the internet and was posted on nearly every major website and blog in the US.

In tandem with the release of ‘DS2’, Future has partnered up with Complex Media to premiere “an upfront, insightful and personal documentary,” entitled ‘LIKE I NEVER LEFT’. Co-executive produced/hosted by NY-based journalist, author, editor, producer, and hip-hop tastemaker Elliott Wilson [Rap Radar, CRWN], the five-part documentary provides an unseen, unique, and unfiltered vignette into the mind of one of rap’s true trailblazers.

Captured in Chicago and Toronto during Drake’s ‘Jungle Tour’, Wilson encourages him to open up like never before. To introduce the project, Future took to Twitter to share this teaser of ‘LIKE I NEVER LEFT’. The first chapter debuts on July 13 with each subsequent installment following daily until the full piece is revealed July 17 all exclusively on Complex.com.
           
‘DS2’s Standard Edition features 13 tracks including ‘Blow A Bag’ and the Deluxe Edition has 18 tracks including the undeniable summer anthem ‘F*ck Up Some Commas’ and ‘Real Sisters.’

Are you ready for the next phase of Future?

Upon its debut, ‘Honest’ reached #1 on US Billboard’s R&B/Hip-Hop Chart and #2 on the US Billboard Top 200. Tastemakers have lauded it as one of the year’s best. The New York Times boldly proclaimed that Future is “The Voice of Hip Hop Today.” USA Today called ‘Honest’ “ambitious” and Rolling Stone noted that all other rappers are “still playing catch-up” to Future’s unique sound. ‘Honest’ contains features from an impressive roster of artists including Andre 3000, Drake, Kanye West, Pharrell, Pusha T, and Wiz Khalifa. He also supported the release with the “Honest” tour, which played to sold out crowds in major markets across North America. Last year, Future earned a 2014 BET Hip-Hop Award in the category of “Club Banger of the Year” for his ubiquitous smash ‘Move That Dope’ featuring Pharrell, Pusha T, and Casino from ‘Honest’. This achievement followed up a string of accolades for the track, including landing #1 on the Urban Mediabase Chart. 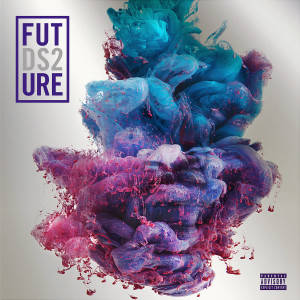