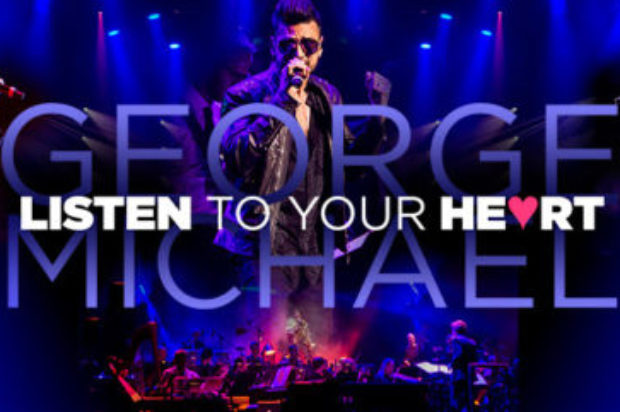 McMahon International is proud to present a symphonic journey through the life and career of the late global superstar George Michael. Featuring a 30-piece orchestra and a stellar line-up of Aussie singing stars – George Michael: Listen To Your Heart –at Hamer Hall, Arts Centre Melbourne on Thursday, October 17th and The Star Gold Coast on Saturday, October 19th.

Led by Musical Director, maestro John Foreman (who also narrates), the orchestra will be joined on stage by four-time Logie award winner Hugh Sheridan along with acclaimed entertainer Rob Mills, plus superb vocalist Prinnie Stevens and RnB and rock singer Andrew De Silva both bringing the soul, and musical theatre star Bobby Fox. Joining the cast will be special guests who impressed national audiences on this year’s season of The Voice, Sheldon Riley and Chriddy Black.

The concert will feature a selection of George Michael’s chart toppers from Careless Whisper through to Faith, Father Figure to Praying for Time, Wham’s effervescent Wake Me Up Before You Go Go to the ethos packed 90s hit Freedom, with ensemble and solo performances against a backdrop of a dazzling lighting show.

Managing Director of McMahon International, Craig McMahon has staged this lavish production in Adelaide and Sydney, selling out Festival Theatre and Sydney Opera House and receiving standing ovations in each city. Born and raised on the Gold Coast and now a long-time Melbourne resident, McMahon says, “I’m so excited and proud to be bringing this wonderful production to my two home towns, having seen such enjoyment from the audiences and performers alike at our previous shows.

“George Michael is honoured in a truly loving way, with John (Foreman)’s stunning musical direction and a cast of exceptional singers, all of whom share a deep connection to this iconic singer-songwriter and his remarkable catalogue of music spanning pop, soul and disco.
“Not only does John weave his musical magic in this production, but he also engages the audience as our narrator taking us on a journey through George Michael’s life, which was cut way too short.”
Don’t miss this tribute to George Michael, in full orchestral sound, as we remember the man and his music at Melbourne’s Hamer Hall at Arts Centre Melbourne and The Star Gold Coast this October.

“…exuberant and often emotional … “ – InDaily, Adelaide
“ … an enjoyable exploration of both the music George Michael created and the songs he reinterpreted.” – BroadwayWorld.com