Anything Goes ANYTHING GOES THE MUSICAL GERRY CONNOLLY QPAC by Caroline Russo | on March 18, 2015 | 0 comments | in Theatre | Like it 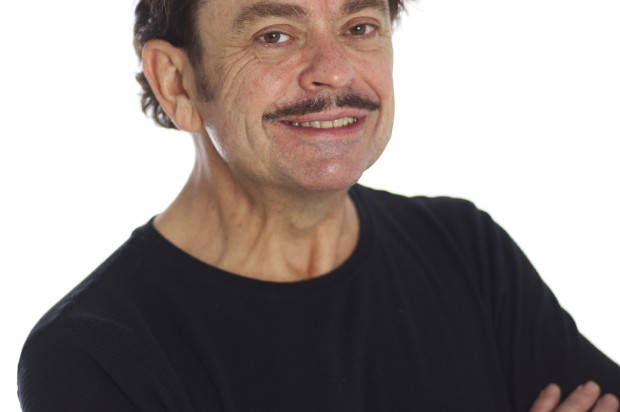 Opera Australia Artistic Director Lyndon Terracini AM and leading Australian theatre producer John Frost AM today announced that actor, comedian and impressionist Gerry Connolly would join the cast of their upcoming production of Anything Goes to play the Captain of the S.S. American during the Melbourne and Brisbane seasons. Due to his increased radio and television commitments, Alan Jones needs to remain located in Sydney so has had to withdraw from the Melbourne and Brisbane seasons, but will join the company to play the Captain during the Sydney Opera House season.

Perhaps best known for his satirical caricatures of public figures such as Queen Elizabeth II, Prince Charles, Margaret Thatcher, Joh Bjelke-Peterson, Bob Hawke, Paul Keating and Dame Joan Sutherland amongst many others, Gerry Connolly has a long list of theatre, film and television credits to his name. Connolly’s successful career in the theatre has included roles with Melbourne Theatre Company, Sydney Theatre Company and Belvoir, and most recently as Marcus Lycus opposite Geoffrey Rush in John Frost’s production of A Funny Thing Happened On The Way To The Forum. Connolly’s many TV appearances include Fast Forward, Live and Sweaty, Tonight Live with Steve Vizard, Hey Hey Its Saturday and Kath & Kim, as well as his own series The Gerry Connolly Show. He appeared as himself in an episode of the 1998 television series The Games, in which he also impersonated Bob Hawke, and played the former Queensland Premier Joh Bjelke-Peterson in the ABC TV telemovie Joh’s Jury. His feature film credits include The Real Macaw and The Wog Boy.

“We’re very happy that Gerry Connolly is able to come aboard the S.S. American for Anything Goes,” said John Frost and Lyndon Terracini. “Gerry is an extraordinary actor and comedian, and will make a wonderful addition to the cast of Anything Goes.”

Winner of three Tony Awards, including Best Musical Revival and Choreography during its most recent Broadway run, Anything Goes is a stunning nautical favourite. This first-class musical extravaganza will dock in Melbourne in May, Brisbane in July and Sydney in September.