“GHOST IN THE SHELL” IS IN PRODUCTION IN NEW ZEALAND 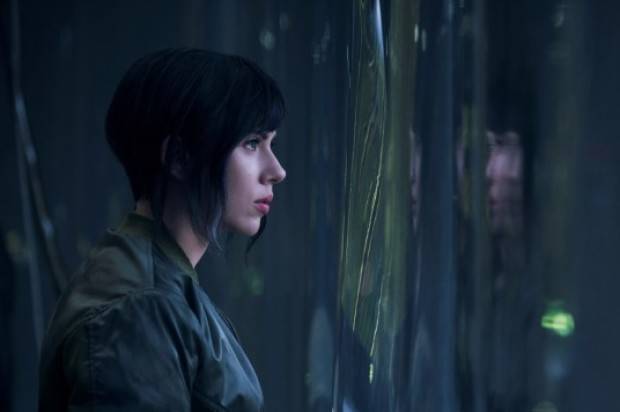 HOLLYWOOD, CA (April 14, 2016)
Paramount Pictures and DreamWorks Pictures have announced that production is underway on “GHOST IN THE SHELL,” starring Scarlett Johansson (“AVENGERS: AGE OF ULTRON,” “LUCY”) and directed by Rupert Sanders (“SNOW WHITE AND THE HUNTSMAN”). The film is shooting in Wellington, New Zealand. Paramount Pictures will release the film in Australia on March 30, 2017.

The film, which is based on the famous Kodansha Comics manga series of the same name, written and illustrated by Masamune Shirow, is produced by Avi Arad (“THE AMAZING SPIDER-MAN 1 & 2,” “IRON MAN”), Ari Arad (“GHOST RIDER: SPIRIT OF VENGEANCE”), and Steven Paul (“GHOST RIDER: SPIRIT OF VENGEANCE”). Michael Costigan (“PROMETHEUS”) Tetsu Fujimura (“TEKKEN”), Mitsuhisa Ishikawa, whose animation studio Production I.G produced the Japanese “GHOST IN THE SHELL” film and television series, and Jeffrey Silver (“EDGE OF TOMORROW,” “300”) will executive produce.

Based on the internationally-acclaimed sci-fi property, “GHOST IN THE SHELL” follows the Major, a special ops, one-of-a-kind human-cyborg hybrid, who leads the elite task force Section 9. Devoted to stopping the most dangerous criminals and extremists, Section 9 is faced with an enemy whose singular goal is to wipe out Hanka Robotic’s advancements in cyber technology.

“We are so pleased to be in Wellington to shoot ‘GHOST IN THE SHELL,’” said producers Avi Arad, Ari Arad, Michael Costigan and Jeffrey Silver. “The city boasts state-of-the-art production facilities and a rich urban landscape that make it an ideal setting for a sci-fi action film. The crew-base in New Zealand working on the film is first class, and working with Sir Richard Taylor and the team at Weta Workshop is inspirational on every level. The people of New Zealand have been terrific partners in helping us bring this story and its beloved characters to audiences around the world and we are thankful for their continued hospitality.”

Paramount Pictures and DreamWorks Pictures have entered into a marketing agreement with the New Zealand Film Commission (NZFC), Tourism New Zealand (TNZ), Callaghan Innovation and the Ministry of Business Innovation and Employment (MBIE) which recognizes the significant economic, cultural and industry development benefits the production will bring to New Zealand. The collaboration will further promote New Zealand’s growing screen industry, develop local talent and showcase New Zealand to the rest of the world.

“The production will broaden the perceptions of the diversity of New Zealand’s locations by showcasing a science fiction urban setting in New Zealand,” says Dave Gibson NZFC Chief Executive.