Front man Esme describes the Outland Brothers sound as “Like Cave or Cohen fronting a lower-fi, alt-country version of prime-time Smiths or REM; with a side order of analogue keyboards.”

The first single from ‘God Is Drunk In Charge’ is titled “If I Ever…(Get My Shit Together)”. 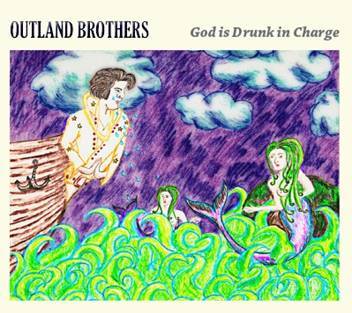 God Is Drunk In Charge out August 28