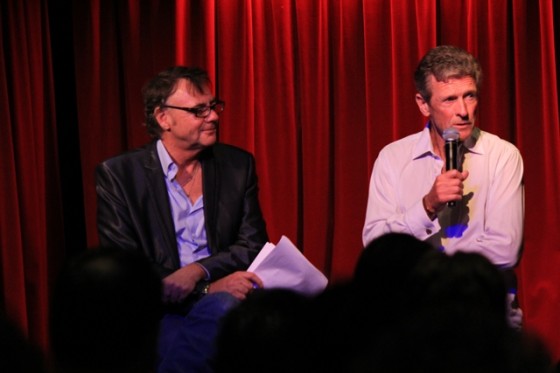 The Basement was in full buzz action of stage lights and cameras at the Arts Centre Gold Coast on Wednesday the 28th November as to the final network event of the year, and headlining the night was Tony Bonner with MC Paul Holmes from Hot Tomato who opened up the life of Bonner career over the last 40 years. A full room of industry film makers got a insight to his highs and lows and to honesty of what it takes to be in this industry, and Bonner claims that you must be very driven to do it. He was applauded with coming out with the fact of when he had alcohol driving him off course and for the cancer scare as well but with overcoming that he is now still very active in writing, teaching, and will be acting next year in a feature film and has been casted in 34th Battalion. The night was also supported with other guests being Tony Belino, and Noel Evens with showing his short film The Token, and with a opening Entertainment acts Kid Marvel and Wild Child Dancers, and a dance sequence of young 9 year old dancer Maxmo. 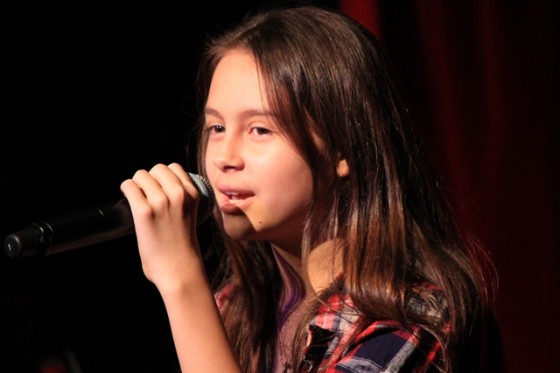 The evening ended with a addition to the night that was a surprise for everyone as to 11 years old Jordyn Yarker , who just returned from LA on a 2 month tour and gave a stunning performance that left everyone big eyed as to her singing one of her latest tracks Holiday, and is now returning to LA in 3 months to pursuer her career as the big guys are calling her back and she will no doubt be a huge star.

Caroline Russo founder of the network said it was a great night and I get overwhelmed at times to have the pleasure to intro such great talent, and this last one of the year was a very special one due to the mix of young and old. It was 3 years ago as to when I come up with working on this network and to help create a platform that is very important for industry folks to come and for public interest to know of this as there is a lot exchange of work and to hear of other peoples work. I am very excited more so in the future to taking it to the next level and with another year of having the backing of Gold Coast City Council where Business Gold Coast has been for a year now supporting the network and to backing it up with sponsoring will allow me to create more and to do a website for the network and to get this out more so in Sth East Qld. We are going to launch this next year and bring always interesting guests and films to showcase. The Gold Coast is a wonderful place for film and we need to advertise ourselves more as to getting more projects of films done here as we have got it all with our Movie World and such great weather and locations. It will be up wards and onwards and the next date for the opening of the GCIFTN will be February 20th and we are looking at Alister Grieson a very credible director of films . Contact Caroline on [email protected]