choreographer Jack Cole DANCING monroe by Caroline Russo | on February 17, 2014 | 0 comments | in Theatre | Like it 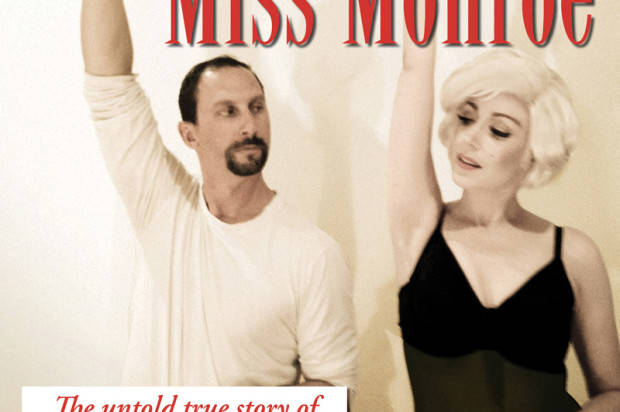 Marilyn Monroe, Rita Hayworth, Betty Grable and Gwen Verdon – a cavalcade of Hollywood stars who peppered the life of Hollywood choreographer Jack Cole. The untold true story of a Hollywood dance-maker and his muses!

Written and Directed by Liam De Burca and opening in the World Premiere at the Metro Arts Theatre from Friday March 7th, Good-bye Miss Monroe is a dance-play based on the exciting yet tragic life of choreographer Jack Cole.

“Diamonds are a Girl’s Best Friend,” “Heatwave,” and “The Beale Street Blues” are some of the biggest dance hits in Hollywood Film. And Jack Cole created them all. A pioneer of dance on film, he was uncredited for much of his work in Hollywood. Considered the ‘father of jazz dance’ Cole developed his jazz technique on the 1930’s nightclub circuit which culminated in appearances at New York’s Rainbow Room.

Landing in Hollywood he was snapped up by Columbia Pictures to create dances for some of the biggest triple threats in Hollywood including Gene Kelly, Rita Hayworth, Mitzi Gaynor, Betty Grable, Jane Russell, Donald O’Connor, Ann Miller and of course Marilyn Monroe.

GOOD-BYE MISS MONROE is a portrait of a man struggling to come to terms with a faded career and the loss of loved ones in the Golden Age of Hollywood.

After making his professional debut in QTC’s A MIDSUMMER NIGHT’S DREAM, Brisbane born and bred, Liam De Burca set out on a career adventure that took in Sydney, London’s West End, New York’s Broadway and Los Angeles before returning to Brisbane to mount this production.

“Jack Cole was one of my dance idols as I was living and working in a dance career during the 80s and 90’s”. His story and the impact that he had on Hollywood at the time has never really been adequately told and I hope I’ve done his story justice in Good-bye Miss Monroe.