GRACE JONES IS STILL IN COMMAND 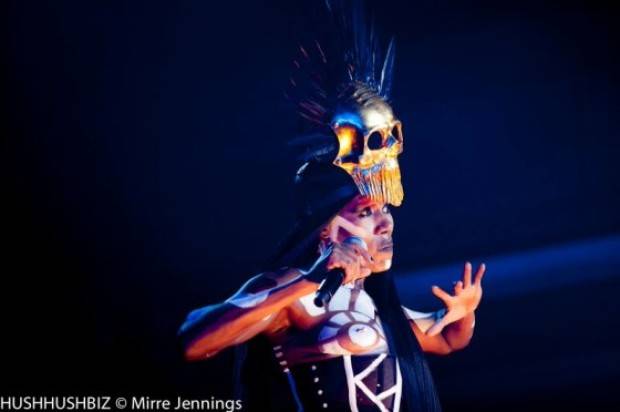 Grace Jones in Modulation
Review and Images Mirre Jennings There is no denying when Grace Jones steps upon the stage she is a presence to behold. She commands the space like an aurora lighting up the sky, thought at times forgetting her lines and finding the heat overwhelming, her overt sexuality and her deep growling voice delivered an hypnotic show. Dressed in tribal paint, a g string and a mesh corset that sat under her painted breasts, she flexed her bum cheeks in-time to the music and strutted around like proud panther very impressive considering she is now 67 . Remaining in the same outfit but adding an exaggerated designer head dress, wig or hat and various capes, Jackets or flowing fabrics to create the character for the song. Walking in the Rain, Nightclubing a fantastic version of Pull up the Bumper were well received ,but when she broke into Le Vie en Rose the Crowd started to swoon and float in the room .Her version of Love is the Drug slayed the Roxy Music version and was a real highlight . Carriageworks, Modular and & Vivid Sydney Presen Grace Jones in Modulation on from the 31 May to the 2nd June Sunday nights concert was sold out but tickets are still available for Tuesdays performance. 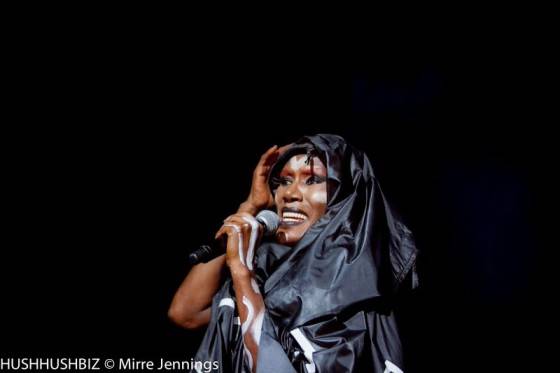 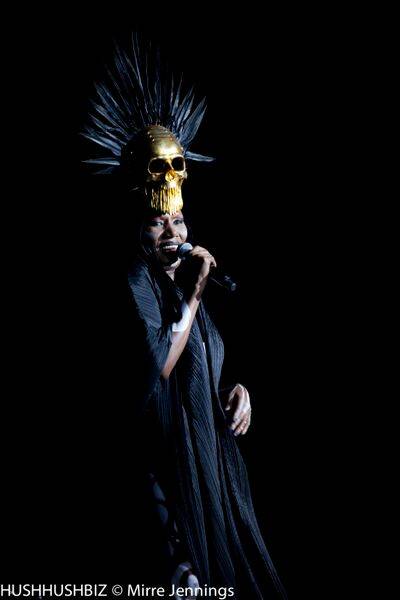 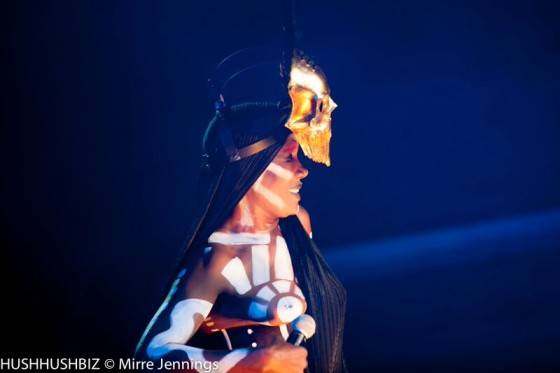 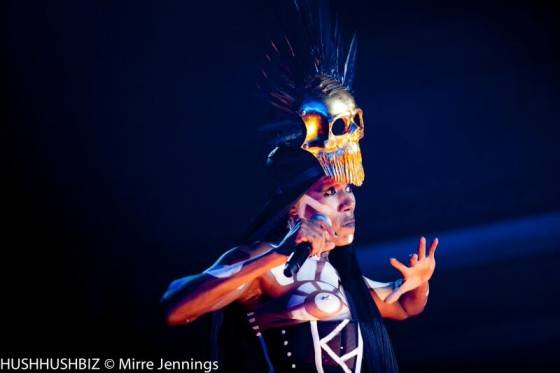