GRACE’S ‘YOU DON’T OWN ME’ FT. G-EAZY HAS REACHED #1 ON THE ARIA SINGLES CHART! 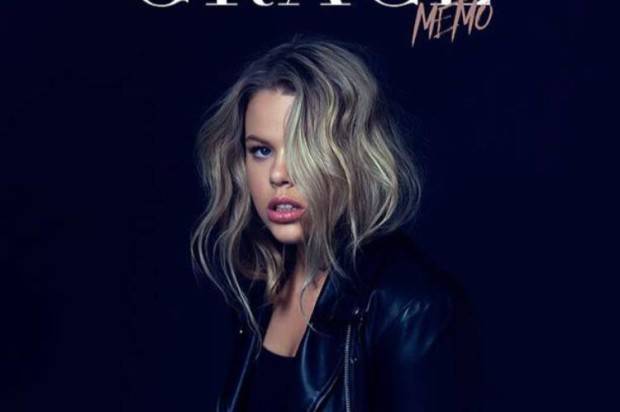 Sony Music Entertainment Australia is pleased to announce that Australian vocal powerhouse, Grace, has tonight reached #1 on the ARIA singles chart with her debut single, “You Don’t Own Me” Ft. G-Eazy.

The news of Grace’s first #1 coincides with the announcement of a promotional visit to Australia this June. Grace said; “Thank you Australia, RCA, Sony Australia, the entire Sony family and to the godfather Quincy Jones. I feel very blessed and fortunate. Lesley Gore was an amazing artist and as a woman, it was truly an honor to record this song as tribute to her.”

“You Don’t Own Me” Ft. G-Eazy is Grace’s first single off of her forthcoming EP titled MEMO, which is set for release on May 26th, and is a cover of Lesley Gore’s 1963 anthem featuring new verses rapped by G-Eazy. The cover, which was produced by the legendary Quincy Jones, who also worked on the original, has reached over 4 million online streams worldwide and is now the #1 song on the ARIA singles chart. The EP’s title track “Memo (Boyfriend Jeans)”, premiered on EW.com this week, HERE!

The remainder of MEMO is filled with original songs that highlight her influences, which range from Gladys Knight to Amy Winehouse. Grace co-wrote all of the EP’s original songs, including the title track when she was only 16, recording it on her phone.

Grace, an eighteen-year-old singer/songwriter, is one of the hottest pop-soul prospects this year. Hailing from Brisbane, Australia with UK roots, Grace grew up where the sounds of Smokey Robinson to Janis Joplin filled her home and fueled her soul. With a strong musical heritage (her grandparents were singers who toured with the Gibb brothers) Grace has developed a raw, throaty, soulful sound whose emotional timbre belies her tender years. It’s easy to understand how that style was developed when she name-checks her biggest influences as Minnie Riperton, Lauryn Hill and Michael Jackson just to name a few.
    
Grace will be in Australia this June to promote her debut EP MEMO