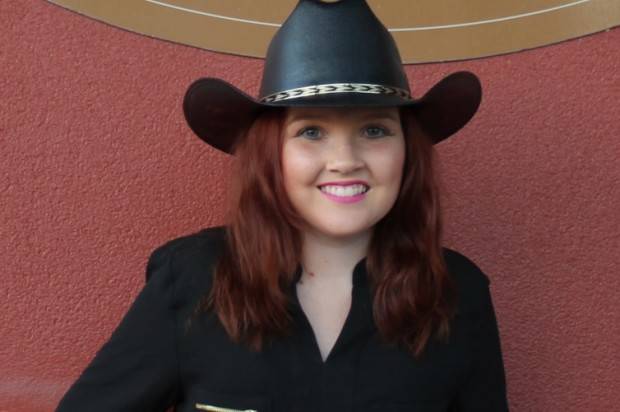 17yo, Keely Johnson, was diagnosed with a rare form of blood cancer, which contributed to a brain tumour affecting her growth and development since age 10. Today, the talented teenager received news that she won an acoustic guitar that will enable her to perform her own songs live on stage.

Keely wrote and recorded a song with Lee Kernaghan, entitled ‘Turn This To Gold’, written about her battle with cancer and what it’s like for seriously ill children, like her, to spend their days in hospitals undergoing treatment. “I wanted to write and record a song with Lee as I’ve always been a huge fan and have loved his songs for years. Turn This To Gold is a way for me to raise awareness for childhood cancer.” Proceeds from the song were donated to Make-A-Wish to help grant wishes to other seriously ill children and Keely has since started her own childhood cancer charity – The Golden Octopus Foundation – and a business – Bella Bambini Gifts. She has also sung at NRL matches and appeared on national Television.

Tour director, Al Buchan said “Keely auditioned with backing tracks on an iPad and the tracks failed, leaving her stranded on stage. It was immediately obvious how much she deserved a guitar of her own.” After the audition, Keely’s Mum told Buchan that Keely had taken guitar lessons while she was undergoing chemo-therapy and, upon returning from the tour, Buchan spoke to Brisbane’s Guitar Brothers manager, Craig Claxton about Keely. The pair agreed Keely was the most deserving recipient of the unique acoustic guitar giveaway.

Keely appeared on Sunrise, her song went to Number 1 on the Country Video Charts and the video now has more than 10,000 hits on Youtube https://www.youtube.com/watch?v=tWbQnvYKdOE.

The Developing Live Music Queensland Tour is the brain-child of Fretfest Pty Ltd director, Al Buchan, who last week was nominated for a 2015 Gold Coast Music Champion Award and recently performed at Carnegie Hall, New York, with The Blenders Chorus – a 70 strong male chorus, based on the Gold Coast, singing a capella.