Highlights on Stan this April

April Highlights Best of the Brits Exclusive Premieres Stan by Caroline Russo | on March 23, 2018 | 0 comments | in Entertainment | Like it 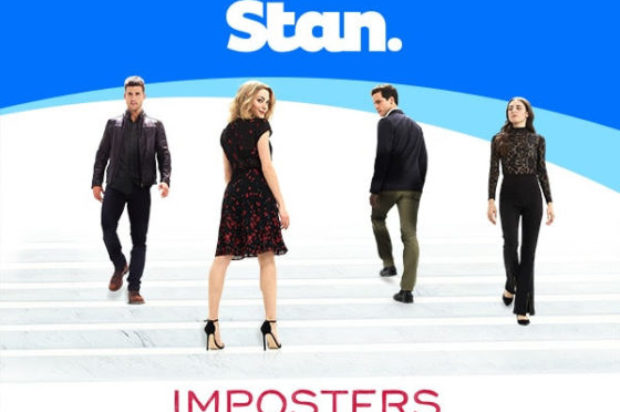 Last year’s breakout thriller returns for an all new season of twists and turns. When we last met sultry seductress and sneaky con-artist Maddie (Inbar Lavi), she was on the run from Lenny Cohen (Uma Thurman) while her last three bumbling victims had joined forces. Now, Maddie is trying to lay low but with the FBI sniffing at her heels, a new con can’t be far away – because once you’re in the game, it’s not so easy to get out.

The real-time documentary series that pulled back the curtain on the 2016 presidential race and Donald Trump’s extraordinary campaign. Season 3 will continue to dig deep with a comprehensive and enthralling take on one of the most fascinating and consequential political periods in modern American history.

Season 7 – Every Episode At Once

Hilarious jokes at a bargain price in aisle 7! The British sitcom about employees in a fictional supermarket named “Valco” goes from strength to strength in its seventh season. With a trolley full of gags and classic Brit pathos, the sitcom shows no sign of reaching its sell-by-date.

A spin-off from the smash hit legal drama The Good Wife, this emotional rollercoaster sees Christine Baranski as the acid-tongued lawyer Diane Lockhart, forced back into the work place after losing her life savings.

Based on Zoë Foster Blake’s book of the same name, The Wrong Girl centres on Lily Woodward, a 29-year-old producer on a morning television show, and looks at what happens when life, love and friendships collide.

The boys are back in town with children in tow in the fifth season of the hugely popular and Logie award winning Aussie comedy drama about stay-at-home-dads. Now with added Hugh Sheridan and singer Delta Goodrem star-power.

BEST OF THE BRIT

It’s a huge month for British content, and there’s never been a better time to dive into our ‘Best of the Brits’ category. We’re bringing you everything from new seasons of popular long-running shows to critically acclaimed limited series – featuring A-List cast members and award-winning behind the scenes talent.

After the downfall of Cardinal Wolsey (Jonathan Pryce), his secretary, Thomas Cromwell (Mark Rylance), finds himself amongst the treachery and intrigue of the royal court when he successfully helps King Henry VIII (Damian Lewis) get out of his marriage to Anne Boleyn (Claire Foy).

Suranne Jones won a BAFTA for her role as the medical practitioner who begins to suspect her husband, Simon, is having an affair. What she discovers, however, is far more shocking.

Series 4 of this drama set in the backstreets of Victorian London in the wake of the infamous Jack the Ripper murders, sees Reid (Matthew Macfadyen) return after discovering his old friend Isaac Bloom (Justin Avoth) is set to hang for a brutal murder.

British journalist Ben Zand braves some of the world’s longest-running dictatorships, to investigate the bizarre and often horrific realities of living there.

No one looks at the world we live in like Sir David Attenborough. In the epic second series of Planet Earth he once again shines a light on our planet and the creatures we share it with – all in glorious 4K.

Celebrate the 30th anniversary of this hilarious cult-classic sci-fi comedy. This Emmy-winning series follows a ramshackle crew of spacebums as they roam the universe aboard the Red Dwarf spaceship three million years in the future.

The Emmy winning series returns for a fifth and final season, which sees Sarah (Tatiana Maslany) and her sisters heading towards a deadly endgame that could have extreme consequences – for them, and the entire human race.

Season 10 of the classic British Sci-fi series is the third and final series starring Peter Capaldi as the twelfth time-travelling Doctor. There will be Daleks. And Cybermen. And a TARDIS.
Banished

Created by Ugly Betty executive producer Oliver Goldstick, The Collection is a fashion drama with more to say for itself than pretty frocks, as two siblings run their families Parisian fashion house.

History is turned on its head in this gripping series adapted from Len Deighton’s bestselling thriller, which sees WWII’s Battle of Britain ending in victory for Hitler’s Germany and the UK struggling to adjust to life under Nazi occupation.

A psychological drama about an apparently model teenager, Sam Woodford, with hidden psychological issues. On the outside Sam’s a normal shy 16-year old, but lurking beneath the surface, are dark psychopathic tendencies.

One of Us
Now Streaming

Starring Adrian Edmondson and Juliette Stevenson, One of Us depicts the aftermath of a horrific murder that rocks the lives of two families living side-by-side in isolated rural Scotland – one of whom is the killer.

This gritty British police drama sees two London detectives work together to solve cold cases, focusing on the discovery of a young man’s bones, found under a demolished house 39 years after his murder.

Calling all revheads! Get your motors running! Chris Evans and Matt LeBlanc are in top comedic form driving the cars we wish we could afford, in two new seasons of hit series that talks about everything car-related.

This multiple award-winning three-part mini-series is a dramatised version of the horrific events surrounding a child sex abuse ring that shocked Britain – including the failure of the authorities to do anything about it.

The Living and the Dead
Now Streaming

From Ashley Pharoah, the co-creator of Life On Mars, comes a supernatural drama set in Victorian England, about a farmer who yearns to prove the existence of the afterlife.