Adelaide Fringe Holden Street Theatre Mush and Me Richard Jordan Productions by Caroline Russo | on February 3, 2015 | 0 comments | in Theatre | Like it 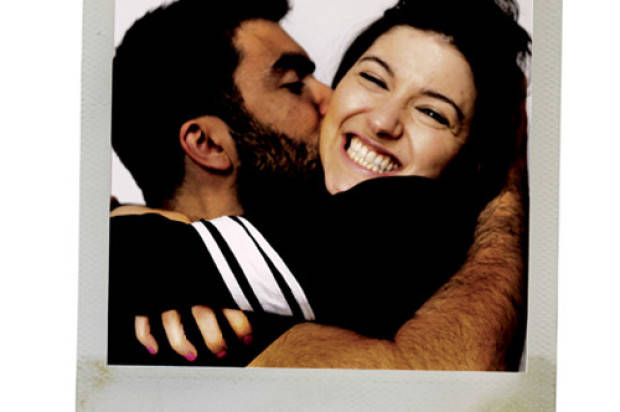 Mush and Me (UK)
by Karla Crome
Starring Daniella Isaacs and Jaz Deol and directed by Rosy Banham Being performed as part of the 2015 Adelaide Fringe People talk. Rumours spread. No one approves. In a greasy spoon, a young Jewish woman and Muslim man reluctantly fall in love. Cultural pressures, family loyalty and everyday romance collide in Mush and Me; a witty, stirring and sharply contemporary play by Misfits and Under the Dome actress and Screen International ‘Star of Tomorrow’ Karla Crome.

Gabby, 26 and Jewish, lives at home and is struggling to get a job plus get over her break-up with nice Jewish boy Lee. Mushtaq, 24 and Muslim, is a bored computer salesman and the youngest brother in a large Lebanese family. As fractious first flirtations turn to fiery young romance, both must ask whether religion, culture and family are more important than love. Richly evoking their cultures – from Klezmer to sung prayer, hummus to chicken soup and bagels, and a shared distaste for bacon – Mush and Me is a comic and compassionate love story for multicultural audiences. With faith schools, immigration and institutional racism constantly in the news, Mush and Me goes beyond the headlines to explore how it feels to be young and religious in today’s society. The show also has a deeply personal side, inspired by lead actress Daniella Isaacs’ 101 year-old Jewish Great Aunt, who has been single all her life and whose only love was a Christian boy that she left in the face of family pressure. Asking if the same could happen today, the show is punctuated by extracts from real interviews with young British people of all faiths talking about loves lost, fought and hidden away.

★★★★★ “The chemistry between the two is palpable” – Broadway Baby
★★★★★ “Top three things I’ve seen at the fringe this year” – What’s on Stage
★★★★ “The story is told with warmth, intelligence and impressive sensitivity” – Fest