director he horror IN FABRIC HORROR FILM Peter Strickland writer by Caroline Russo | on January 25, 2020 | 0 comments | in Film News | Like it 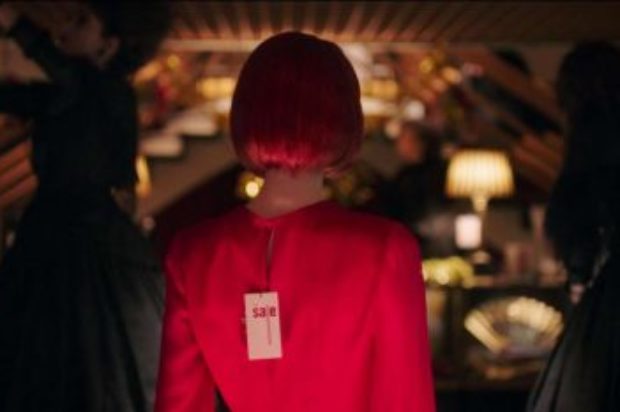 FILM IN FABRIC IN VIEW

The Director-writer Strickland is noted that this film comes about of his love of shopping and second-hand clothes in which he is a lover of and with this film he adapted’ he has worked in with a red dress that is cursed.
The film begins with Marianne Jean-Baptiste plays (Shelia) has just separated from husband but she visits a bewitching London department store in search of a dress that will transform her life. She’s fitted with a perfectly flattering, artery-red gown—which, in time, will come to unleash a malevolent curse and unstoppable evil, threatening everyone who comes into its path.

The dress comes into play with a few characters and tells the story in such dark humour but is well executed in all accounts as to the evil possessed dress and dreams of whoever possesses the dress that has bloodshed outcomes.

IN FABRIC it is being raved on Strickland’s most twisted and brilliantly original vision.