HOT PICKS OF THE WEEK IN MUSIC WITH HOLLY Australia’s music sweetheart Delta Goodrem is back with what is sure to be an instant classic Wings. Wings was written by Goodrem and DNA with Goodrem returning to her songwriting roots by composing the song at her piano.

The resonate sound of Delta’s impressive vocal range and smooth melodic texture give Wings a sound that will have you singing and dancing along. The lyrics match perfectly with Delta’s genius melody and the remix of the single gives it a club-like feel with a constant and pumping beat that do not derive from the empowering lyrics “These wings were made to fly”.

The powerful song shows off Delta’s musical talent with her dynamic vocal range, powerful lyrics, and catchy sound. Wings is sure to be on repeat everywhere after it’s release. 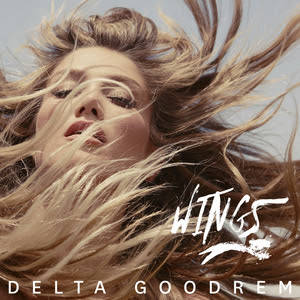 DANIEL JOHNS – WE ARE GOLDEN

One of Australia’s most exciting new solo artists Daniel Johns has released the new single We Are Golden off his eagerly anticipated debut album TALK. We Are Golden sees Johns collaborate with Melbourne electronic duo Damn Moroda. The two co-wrote and co-produced the track that takes the songwriting of John’s and the glitch electro sound of Damn Moroda to create a dark and haunting track that is sure to be a hit in the music world.

Daniel also released a music video for We Are Golden inspired by his collaboration with department store David Jones in the campaign #ShotBySound. #ShotBySound incorporates fashion, technology and art to create a relationship between fashion and music. The music video mirrors the complexity and genius of John’s music with 42 cameras being used that were triggered by the musicians vocal’s and the band’s instruments.

The steady beat of We Are Golden and manipulated background and main vocals layers the song to be a unique musical experience for the audience even without the creativity of the music video. The contrast of Daniel John’s impressive falsetto and the deep electronic static sound in the middle of the song takes the song in a new direction before reverting back to the familiar and catchy chorus of We Are Golden.

We Are Golden is available for purchase now. 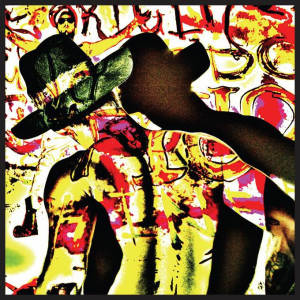 Legendary musician Keith Richards has announced his highly anticipated album CROSSEYED HEART will be released on September 18. This will be Richards’ third studio album and his first in over 20 years.

Trouble is the first single off the album and is true to Keith Richards’ form. The single features Richards on electric and acoustic guitars, bass, lead and backup vocals. The rock single was written by and produced by Keith and old friend Steve Jordan who features as a drummer on the album. Other friend’s supporting Richards’ are Waddy Wachtel (guitar) and Bernard Fowler (backup vocals).

Trouble is a typical rock-y song that reminds a listener of a bar and good times. The impressive electric guitar riffs make Trouble a true Keith Richards song. The constant beat of the drum kit, intertwining guitar riffs and lyrics such as “maybe trouble is your middle name” gives the single an old-school rock feel that is not heard too much these days.

Keith Richards single Trouble is available to purchase now and CROSSEYED HEART is available for pre-purchase and available on September 18. 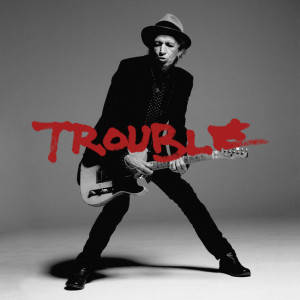 After the crazy success of 2014 for the Australian band 5 Seconds of Summer (known to their fans as 5SOS) have released the new single She’s Kinda Hot. This is the first music since the release of their highly successful self-titled album last year, which was #1 platinum with over 3 million copies, sold worldwide.

The song was co-written by superstar musicians The Madden Brothers and has a melody and lyrics that will be stuck in your head for hours. 5SOS have had great success with their songs She’s So Perfect and Don’t Stop and She’s Kinda Hot will be no different. It has the fun boy-ish sound of 5SOS that makes their fans go crazy and it is the perfect anthem to play when hanging out with friends.

The boys from 5SOS already have multiple awards under their belt (Billbaord #1 album, Billboard Breakout Star 2014, American Music Award’s New Artist of the Year) and if She’s Kinda Hot is any indication of what’s to come from the Sydney-natives you’ll be sure to see them in the spotlight for years to come. 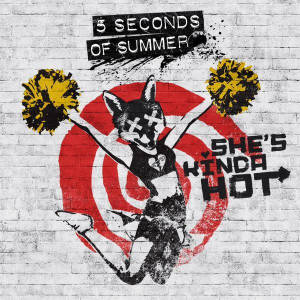