HUGH JACKMAN IS BACK ON WORLD STAGE TO TOUR 2019 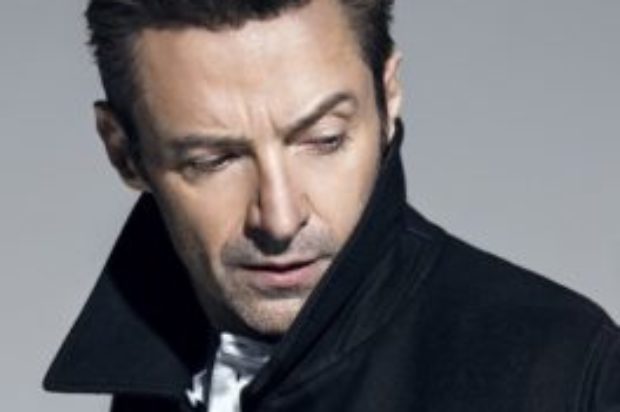 Produced by TEG DAINTY the tour will see Jackman perform a new show with hit songs from The Greatest Showman, Les Misérables and more from Broadway and film, accompanied by a live orchestra.

Making a very special guest appearance on the Australian tour is actress and singer Keala Settle who will perform the Academy Award® nominated andGolden Globe Award winning song “This Is Me” from The Greatest Showman and more.

Tickets for Hugh Jackman’s The Man. The Music. The Show.
Australian dates go on sale:
Thursday, March 7 from 9.30am AEDT at www.ticketek.com.au
For further information on tickets and on sale times visitwww.tegdainty/hughjackman

A Telstra Thanks presale starts Thursday 28 February, with staggered times from 9.00am and is open until Monday 4 March. Go to telstra.com/arts for further details including local market times. Keala Settle performs “This Is Me” from The Greatest Showman during the live ABC Telecast of The 90th Oscars® at the Dolby® Theatre in Hollywood, CA on Sunday, March 4, 2018.

President and CEO of TEG DAINTY, Paul Dainty said today “I am thrilled that Hugh is bringing his world tour and new show home to Australian audiences. Fans can expect to hear some of his greatest successes from stage and screen, including songs from The Greatest Showman, Les Misérables and other Broadway shows.”

The Grammy Award winning The Greatest Showman soundtrack has broken sales records the world over and earned the title of 2018’s best-selling album in the world. The album has reached multi-platinum status in multiple countries including Australia, the UK and America.

Hugh Jackman has made an impression on audiences of all ages with his multi-hyphenate career persona, as successful on stage in front of live crowds as he is on film. From his award-winning turn on Broadway as the 1970s singer/songwriter Peter Allen, to his metal claw-wielding Wolverine in the blockbuster X-Men franchise, Jackman has proven to be one of the most versatile actors of our time.

Jackman garnered his first Academy Award® nomination, for Best Actor, for his performance in Tom Hooper’s Les Misérables, based on the popular stage show created from Victor Hugo’s famous novel of the same name. Jackman’s standout performance as protagonist Jean Valjean also earned him a Golden Globe Award for Best Actor in a Comedy/Musical, as well as Screen Actors Guild (SAG) Award® nominations, for both Best Ensemble and Best Male Actor in a Leading Role, and a BAFTA Award nomination. Most recently, he was nominated for his role as P.T. Barnum in The Greatest Showman.

Actress and singer Keala Settle is the breakout star of 20th Century Fox’s, The Greatest Showman, alongside Hugh Jackman. The Hawaii native’s performance of the film’s Oscar-nominated song “This Is Me” became an explosive anthem of self-acceptance, propelling the soundtrack to the top of the charts worldwide. Her performance at the 2018 Academy Awards brought the entire audience to their feet with a performance that The New York Timesapplauded as “commanding” and a perfect summation of “what became the themes of the night – diversity, empowerment, [and] inclusion.”

The Man. The Music. The Show. national tour dates are:

Tickets for The Man. The Music. The Show.
go on sale on Thursday, March 7 from 9.30am AEDT at www.ticketek.com.au
Check www.hughjackmantheshow.com and www.tegdainty/hughjackman for more tour information.

Do not buy from unauthorized resale scalper websites. You risk buying invalid or fraudulent tickets.