HUSH HUSH BIZ SINGLE REVIEW …>CALAMITY JANE ….Give It All Away 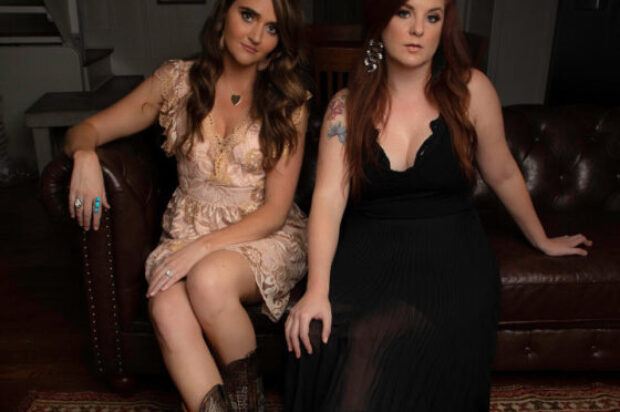 CALAMITY JANE
HUSH HUSH BIZ SINGLE REVIEW
Give It All Away

The fourth single in and Nashville based duo Calamity Jane has come up with the goods yet again. Building on a remarkable run of chart successes recently, Give It All Away is sure to solidify their position as the country crossover act to watch in 2021. Since their debut, the reimagined version of Devil Went Down To Georgia (#64 Music Row Charts, US), the duo, which features Lucy Cantley on fiddle and Camille Rae on vocals, has been attracting a lot of attention. Their reworked classic became a massive radio hit receiving support from the KIX and CMC national radio networks in Australia and the US with CMT, The Country Network and The Heartland Network. Some of the biggest country music broadcasters in the States gave it the tick of approval, including the legendary country star Charlie Daniels. The duo’s success continued with The Chase and The Mountain (currently at #38 on Music Row Charts, US), both tracks also featuring on the prestigious New Music Nashville Spotify playlist. Calamity Jane’s unique blend of country, folk and pop sensibilities is harnessed on Give It All Away to create a poignant yet hook-laden contemporary smash.

As their previous single releases proved, Calamity Jane delivers melodically strong country crossover tracks while maintaining their trademark musical touches and Give It All Away is no exception. The new release is a powerful semi-ballad with a shimmering production job, exceptional performances and a universal and timely lyric that explores the perilous dynamics of a relationship under duress. As the duo says about Give It All Away: ‘It’s a ballad relatable to anyone who’s been through heartbreak, but also somewhat empowering in its resolution to pick up and move on.’ With substantial airplay in the States and globally, Calamity Jane is destined to be one of the breakthrough acts of 2021.