CD SINGLE REVIEW Hold On music hits musicians What new by Caroline Russo | on January 26, 2021 | 0 comments | in Music Reviews | Like it

The Royal Belgian Conspiracy
HUSH HUSH BIZ SINGLE REVIEW
Hold On
The Royal Belgian Conspiracy is the brainchild of lead singer, guitarist, and songwriter Moozy who trained as a jazz musician. The outfit has just released an impressive new track Hold On, a poignant and understated folk-pop song in the style of Bon Iver, The Avett Brothers, Ryan Adams, The National, and Damien Rice. Hold On has an unassuming acoustic guitar intro that soon segues into a wonderful, intimate track, with a series of memorable melodic moments and a stirring vocal performance. The song features a tangible evocation of hope and positivity and a lyric whose personal narrative is a reminder to push through darkness when it hits us, that things will always eventually shift and turn a corner with time. As Moozy says about his songs, ‘Really, I just want some people to like my music enough to be drawn to listen to it on their own accord. That would give me enormous satisfaction.’ This aim is perfectly suited to The Royal Belgian Conspiracy’s style of musical storytelling; the lyrics are accessible and relatable, the melodies strong and the production and instrumentation measured, organic and restrained. 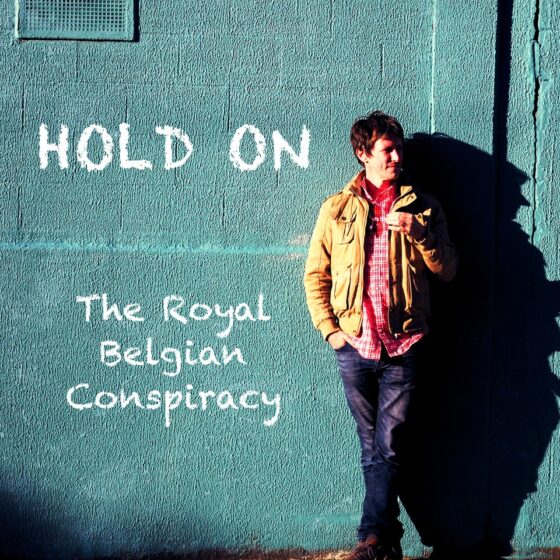 As Moozy says about his songwriting process: ‘A lot of the songs I write are close to the heart. They’re based on my life experiences or those of people around me. I don’t really consciously plan to write that way, but it seems to come naturally.’ Hold On has every chance of connecting with a large audience, perhaps even on a global scale, for this reason; it originates from a real place, an allure that is about authenticity, like-mindedness, and pure connection. This natural ability is harnessed here, an endearing amalgamation of musical finesse and meticulously crafted observation. Hold On is taken from The Royal Belgian Conspiracy’s forthcoming and much-anticipated album due out soon. The Canberra and Melbourne based band also has a series of singles ready to go, with Hold On primed to be their breakthrough track.