INSIDE THE WORLD OF KINGMAKER STEVEN BANNON DOCO…. THE BRINK.

THE BRINK PRESENTED BY DOCPLAY

When Steve Bannon left his position as White House chief strategist less than a week after the Charlottesville “Unite the Right” rally in August 2017, he was already a notorious figure in Trump’s inner circle, known for bringing a far-right ideology into the highest echelons of American politics.

Unconstrained by an official post — though some say he still has a direct line to the White House — he became free to peddle influence as a perceived kingmaker, turning his controversial brand of nationalism into a global movement.

THE BRINK follows Bannon through the 2018 mid-term elections in the United States, shedding light on his efforts to mobilize and unify far-right parties in order to win seats in the May 2019 European Parliamentary elections. To maintain his power and influence, the former Goldman Sachs banker and media investor reinvents himself — as he has many times before — this time as the self-appointed leader of a global populist movement. Keen manipulator of the press and gifted self-promoter, Bannon continues to draw headlines and protests wherever he goes, feeding the powerful myth on which his survival relies.

For anyone that has interest in the Trump times and the American political games, as to the powerful players in the globe, this is a doco that takes you in a very close up view of Bannon that has been produced to show him in all encounters.

In the time line that this doco was produced really shows some very interested views on his travels to the in depth conversations that are revelations in itself!

Good viewing and value to watch and very insightful, gripping in all accounts and is a must see!

The film will premiere exclusively on DocPlay from 19 September 2019 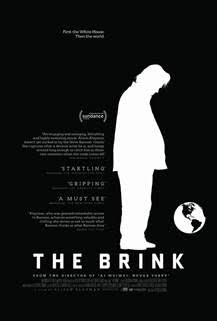