Collateral Music Nervo Sony Music Australia by Caroline Russo | on July 10, 2015 | 0 comments | in Music | Like it 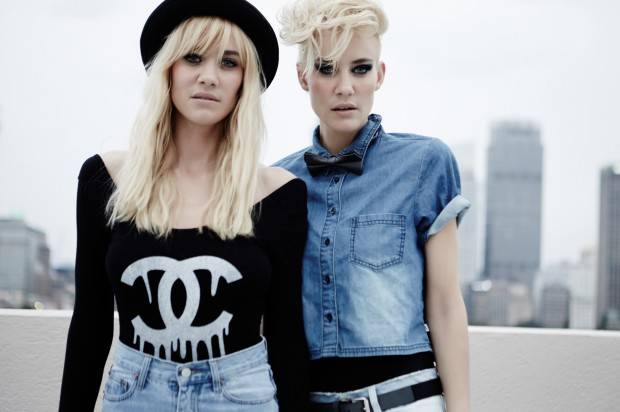 “All the relationships, all the lessons, all the hustle, the ups and the downs, it all feels like it is meant to be and is reflected on this album, COLLATERAL” – NERVO

Sister DJ/producer duo NERVO, will release their incredible debut album, COLLATERAL, on August 7th. COLLATERAL explores the ups and downs along the path to becoming the world’s highest-ranking female DJs, and is available to pre- order now.

Spending time on the road means that COLLATERAL was created in a variety of locations and with an impressive, diverse list of collaborators including Nicky Romero, Kreayshawn and Nile Rodgers. Showcasing a refined musical outlook, the album is a deeply personal, sonic journey through all the girls have encountered during their careers to date. Detailing strong themes of heartbreak (‘You’re Gonna Love Again’), girl power (‘Hey Ricky’) and falling in love (‘It Feels’) and freeing themselves from the confines of purely club-based music, this debut LP also showcases the songwriting talent Mim and Liv have continued to hone since their teenage years.

“There is a mix of tracks on the album and all are intended for different purposes. That’s the beauty of working on an album! We didn’t need to just write tracks for the dance floor; however, all tracks whether they be in their original form or through a remix, will be played in our sets.” – NERVO

COLLATERAL features some of the tracks that helped to catapult NERVO into the spotlight, including ‘Reason’ and ‘Hold On’, which sit alongside a raft of new material including standout track ‘The Other Boys’, featuring Nile Rodgers and vocals from Jake Shears and Kylie Minogue.

“After Jake recorded the vocals he was hanging out with Kylie and played her the record, next thing we knew Kylie asked to feature on it. Of course we were thrilled to bits. The final addition to the track is the legend himself Nile Rodgers. Nile laid down his infamous guitar riffs and now the puzzle feels complete.” – NERVO

Previous singles ‘Rise Early Morning’, ‘It Feels’, ‘Haute Mess’ and ‘Hey Ricky’ also feature on the album, each of which are dynamic in their own way and accompanied by abstract, off-the-wall videos. ‘Haute Mess’ was created by video director Jaakko who has produced a colourful, animated dance off, while girl power anthem ‘Hey Ricky’ sees NERVO, Dev, Alisa and Kreayshawn fuse their individual styles on a unique and engaging record.

“This is probably the most fun track on the album. Each of the girls brought their individual flavour with their bad arse vocals. It was an absolute dream working with all of them! Kreayshawn is not only featured but she also directed the music video – which we just love, it was fun to be able to be info-commercial hosts for a day.“ – NERVO

At 15 tracks long, COLLATERAL undoubtedly represents NERVO’s most exciting body of work to date and is a testament to the globally-acclaimed artists they’ve grown to become. 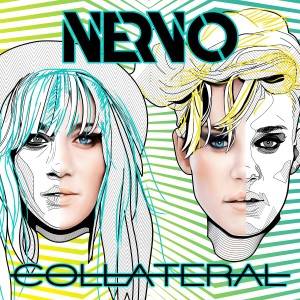 ABOUT NERVO:
Mim and Liv Nervo are Australian born sisters who started their musical journey at the tender age of 7. Spending many years in music school, attending shows, and cultivating a growing appreciation for house music, the girls eventually decided to make the bold move to the UK at the age of 19 to pursue a career in music. Upon arrival in London, the girls worked 24/7 going from waiting tables and bar tending, whilst simultaneously writing songs in their home studio. Mim and Liv were constantly submitting tracks to labels and publishers hoping for their big break!

“We have a saying that goes, the harder you work, the luckier you get. We think it is a lot of hard work. You just keep working.” – NERVO

That hard work obviously paid off as their writing skills have seen them pen hits for the likes of Ke$ha, Kylie Minogue and Kelly Rowland, with the latter (the Grammy-award winning ‘When Love Takes Over’) being co-written alongside David Guetta – a record that was also voted Billboard’s #1 dance-pop collaboration of all time.

“We met David on Skype and what he didn’t know is that we had already seen him in Ibiza. It was the beginning of a lovely friendship. We remember the very first studio session in his massive studio in Los Angeles, which was a really big thing for us because we were broke writers. To even be that studio inspired us to work really hard and deliver great work.” – NERVO

In addition to their production skills, Mim and Liv are also extremely talented DJs who regularly headline shows and festivals worldwide, including recent appearances at Ultra Music Festival, TomorrowLand and Ushuaia, Ibiza as well as their residency at Omnia in Las Vegas. With an increasingly hectic schedule, it is hard to imagine how NERVO find time to fulfil their roles as brand ambassadors for Tag Heuer, Ballantine’s Scotch Whisky, and clothing company Franklin & Marshall.

NERVO have been at the forefront of the global electronic music scene since their club smash ‘This Kind of Love’ landed at #1 on the world club charts in 2010. Further success followed both in the charts and via numerous media accolades, with the duo reaching #1 on the Billboard Dance, Hype Machine, and Beatport charts and becoming the highest ranking female DJs of all time in the influential DJ Mag Top 100 poll. Performing at over 200 shows a year across the globe, they are equally at home in front of the camera as they are behind the decks. Appearing regularly on covers of magazines and in fashion photo shoots, their unique appeal has lead to a fan base totaling millions across the globe.
  
ARTIST: NERVO
TITLE: COLLATERAL
RELEASE DATE: AUGUST 7TH, 2015
WEBSITE: http://nervomusic.com/
FACEBOOK: www.facebook.com/NERVOmusic
 TWITTER: https://twitter.com/nervomusic
INSTAGRAM: https://instagram.com/nervomusic