IFFA returns for its fifth year in 2015, and we’re returning to our home suburb of New Farm. The New Farm Six Cinemas, a newly refurbished and remodelled treasure in the heart of New Farm, will host IFFA for 2015.

IFFA will be back from 1 October – 1 November, with Brisbane running from the 1-4 October. More details about the festival in Adelaide, Sydney, Canberra, and Melbourne below. There’s also our website launch, artwork unveiling and a giveaway! 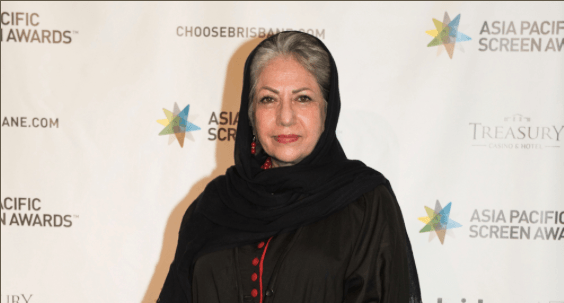 Leading up to this year’s Brisbane Asia Pacific Film Festival, three films are being screened at the Gallery of Modern Art (GoMA). One is the critically successful and renowned Iranian film, Tales (Ghesseha). Directed by Rakhshan Banietemad, the film was awarded a Grand Jury Prize at 2014’s Asia Pacific Screen Awards. This is also the first time the film will be screened in Queensland.

Tales weaves the characters of Banietemad’s previous films into a series of vignettes that veer artfully between satire and absurdity, comedy and tragedy. Banietemad composes a wide-ranging broadside on the oft-ignored social problems facing contemporary Iran – bureaucracy, drug use, prostitution and poverty.

You can buy tickets here or you can try your luck in the draw here!

We have a double pass to the screening on the 28th August to win, so tell us your favourite film directed by Banietemad, your name, and email address.

Our website has been completely redesigned and has recently launched over at www.iffa.net.au by our very talented team member, Brock Taffe. It features a clear way to navigate our events page for each of the cities, blog, film archive of everything we’ve screened at past IFFA’s, and soon our programme for 2015!

Make sure to check it out! Featuring a variety of mainstream and arthouse titles year-round, this hot venue recently hosted the Queensland Film Festival and the Indian International Film Festival of Queensland.

This year we are returning to our old friends at the National Film & Sound Archive. Host to a number of film events in Canberra, they’re hosting an upcoming Arab Film Festival, and a selection of children’s animal-based films, Animal Crackers.

The Australian Centre for the Moving Image is one of Australia’s most unique institutions focussing on all forms of the moving image. They have upcoming programs surrounding space oddity David Bowie and Muppetmaster Jim Henson.