ITS ALL GREEK AT BRIBIE ISLAND FOR ONE OPA FESTIVAL

brible isalnd festivals in july greek festival greek food by Caroline Russo | on May 31, 2017 | 0 comments | in FESTIVALS | Like it 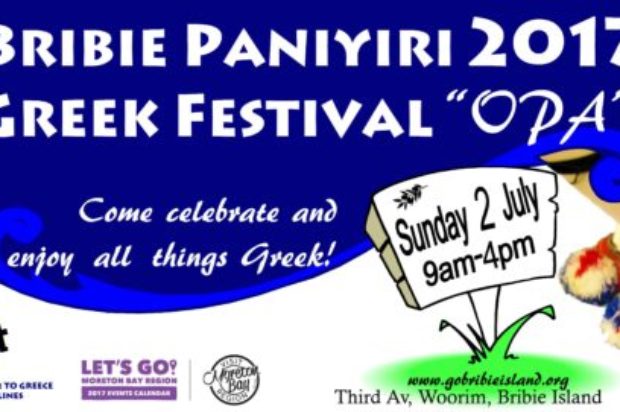 Also, Greeks have introduced to the world many things, many of which are embraced today
Democracy and Theatre, which happen in Canberra

Thirdly, 2 things that are directly related to modern and ancient Greece are occurring in South-east Queensland on Sunday, July 2nd, 2017.
Boxing, an event held in the Ancient Olympic Games in Greece in the Modern Olympics, happens at Suncorp Stadium.
And a Paniyiri , or Greek Festival, will be happening at Bribie Island

The Bribie Paniyiri is as close to a traditional Greek village Paniyiri as being there….. OPA !!!!
Also, where else in the world would you see a Greek church on an island …..