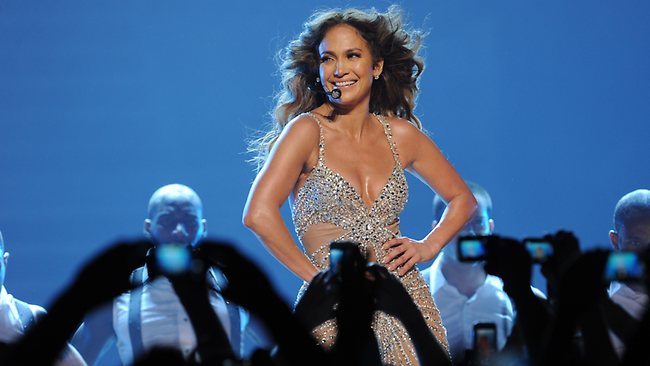 It’s hard to believe that in a music career that has spanned 13 years Jennifer Lopez hadn’t had a world tour under her belt, but as the old saying goes “good things come to those who wait” and Wednesday night the wait proved worthy.  Lopez, or J.Lo as she has been affectionately nicknamed, was every inch the glamazon we’d expect as she took the stage in Brisbane (or ‘the Brissy’ as she called it) to perform the final Australian show in her global ‘Dance Again’ concert tour, proving just how strong a performer she truly is.

I’ll admit that perhaps I am biased towards Lopez as I am an unashamed fan, but I can freely admit when an artist I am fond of is a lesser performer than I would expect and Lopez was nothing short of a class act – dancing seamlessly, engaging with the audience in a personable matter and, perhaps most importantly, singing live in a near pitch perfect tone.  A musical artist singing live in concert isn’t something that should be commended, but it’s safe to say many were expecting Lopez to fall into the ‘studio singer’ genre where live performances would be heavy on spectacle and light on vocals (i.e. lipsynching), so for her to deliver a near 2-hour show with all the slick choreography we’d expect and live singing is certainly a laudable achievement – and a nice middle finger to the naysayers.

Given that it has taken her so long to venture out and perform her music, it makes sense that her ‘Dance Again’ show is a collection of her back catalogue of chart-topping singles ranging from her #1 debut ‘If You Had My Love’ (presented here as a lush acoustic ballad) to the show’s titular hit ‘Dance Again’.  Decked out in a figure hugging body suit that accentuated her curves, show opener ‘Get Right’ proved the perfect number to get the crowd on their feet and make us all aware that this was going to be a high-energy affair, with follow-ups ‘Love Don’t Cost A Thing’ and ‘I’m Into You’ allowing little room for anybody to catch their breath, the latter evidently a favourite amongst the male audience members as she shamelessly shook her famous derriere.  A nod to her days growing up in the Bronx was evident as she performed the tongue-in-cheek ditty ‘Jenny From The Block’ and she channelled her inner James Brown on the funk-inspired ‘Hold It, Don’t Drop It’, but it was the Latin laced duo of ‘Let’s Get Loud’ and ‘On The Floor’ that proved the biggest hits with the crowd.

But amongst all the music it was still Lopez herself that shone brightest.  Enviably gorgeous in the flesh, it was a true surprise to see how humbled she was by the rapturous applause she often received, and the banter she engaged the audience with never came across as forced or scripted and for 2 hours she made us feel like her friends rather than an audience; Pretty astonishing for a woman with such a reputation for being a ‘diva’.

The quality of show Lopez treated Brisbane to only leaves us fans wanting more, and there was a sly hint of a return in her closing thank you, but we just have to pray it isn’t another 13 years – even if she did prove she’s worth the wait.