JERSEY BOYS OPENS UP IN BRISBANE ANOTHER SHOW STOPER 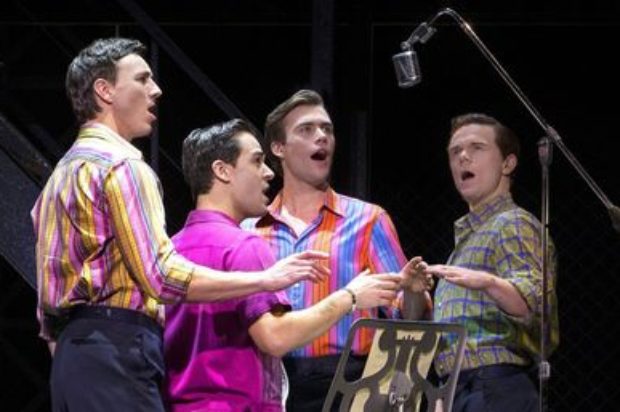 Jersey Boys Are Back In Brisbane.

Jersey Boys the musical stage hit has returned to Brisbane QPAC and Oh what a night it was again!

They were the popular band of the 50’s 60’s that just become massive and had hit after hit, but they had challenges due to complex nature’s, egos and personal lives combined.

With 175 Million hit records worldwide while still in their 20s they owned the radio waves and were famous as to hits like Walk like a Man, Big Girls don’t Cry, You too Good To Be True, My Eyes Adored You and it goes on… the four season were on fire.

The stage musical gives great boost to the audience with visual stage sets and music that is upbeat with the talented cast that head Ryan Gonzalez. Frankie Valli. Cameron MacDonald. Tommy DeVito Thomas McGuane who plays Bob Gaudio returns to the season is the songwriter genius and group founder. He is the storyteller here on segments of the show.

Today Franki Valli who was lead singer with the voice that was unique is 84 years.

If you have seen the musical all ready, this is one show that you can come back to for sure’ as it truly is great theatre with some of the best music that was produced in our5 lifetime that will live on forever as will their history and contribution to the music world still.