In honour of what would have been John Lennon’s 75th birthday, John Lennon: 75th Birthday Concert, an all-star concert event celebrating the music and message of the legendary music icon. The one-night-only concert event taping was held at the Theatre at Madison Square Garden on Saturday, December 5th.

Along with a stellar line-up the show included very special video appearances by the remaining members of The Beatles, Paul McCartney and Ringo Starr. Golden Globe® and Screen Actors Guild® Award-winner Kevin Bacon was the special guest host of this star-filled event. 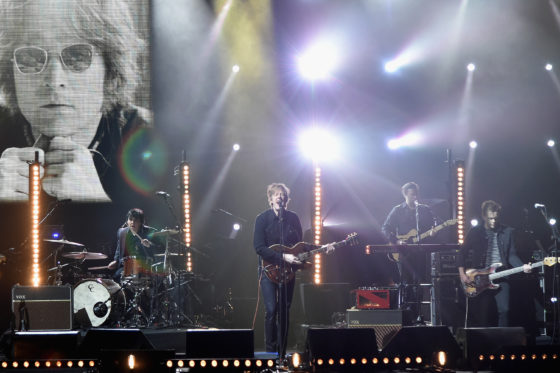