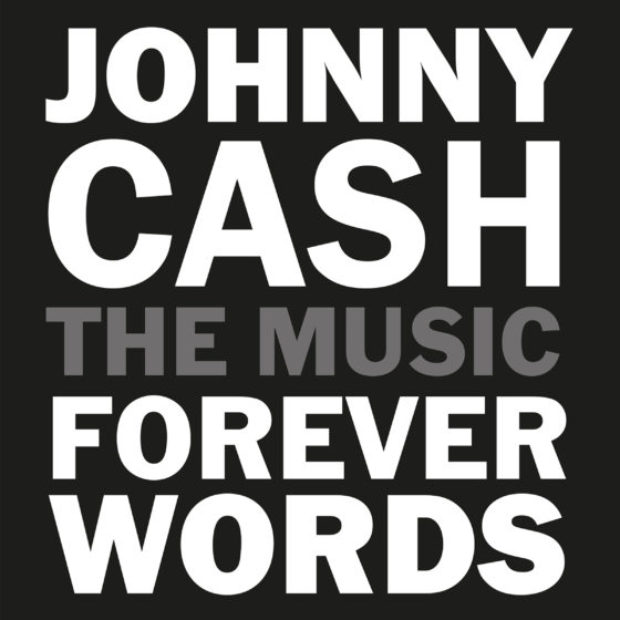 Legacy Recordings, a division of Sony Music Entertainment, have released JOHNNY CASH: FOREVER WORDS, a collaborative album consisting of songs created from Johnny Cash’s unknown poetry, lyrics, and letters set to music and transformed into song by an astounding array of contemporary artists. Stream or buy JOHNNY CASH: FOREVER WORDS NOW! The album release has been met with a number of high profile features including CBS This Morning, the NY Times, Rolling Stone, NPR Weekend Edition, Associated Press and many more.

To accompany this incredibly special album release, John Carter Cash is currently down under, visiting our Australian shores from April 9th – 12th, uncovering the stories behind the unpublished pieces that artistically shaped each song on the record, and sharing the stories and soul-stirring memories of his father, musical icon, Johnny Cash. John Carter CashJunior will be available for media interviews during this time, and is set to host a listening session at the Sony Music Sydney office today being Monday, April 9. To arrange any media engagements or for any additional enquiries, please contact your Sony Music Entertainment representative.

The latest official music video from JOHNNY CASH: FOREVER WORDSfinds newlyweds Ruston Kelly & Kacey Musgraves turning a love letter that Johnny Cash wrote to June Carter Cash into an all-new ballad. It was filmed at the remains of Johnny and June’s home at Old Hickory Lake in Hendersonville, Tennessee.

Ruston originally started composing ’To June This Morning’ as a teenager, based on a love letter that Johnny had written to June as she descended the kitchen stairs one morning in 1970, eight months pregnant with their son John Carter Cash. Years later, when Ruston was asked byJohn Carter to contribute to this album, he asked his then-fiancée Kacey Musgraves to record the final version with him.

Says John Carter Cash, “To me, the essences of the tracks ‘Forever/I Still Miss Someone’ and ‘To June This Morning’ are both of hope. My father wrote the poem ‘Forever’ weeks before his passing. ‘To June This Morning’ has the same hope; the words were written in February of 1970, one month before my birth. Together they represent Dad’s enduring hopes, the beauty of faith and the belief in all the good to come…even in the face of his own mortality.”

Legacy Recordings has previously released the music video for Rosanne Cash’s ‘The Walking Wounded’ which was filmed at Johnny Cash’schildhood home in Dyess, Arkansas. Other previously released songs include Chris Cornell’s ‘You Never Knew My Mind’ and Elvis Costello’s’I’ll Still Love You’.
When Johnny Cash and June Carter Cash passed, they left behind whatJohn Carter Cash, their son and co-producer of JOHNNY CASH: FOREVER WORDS, describes as a “monstrous amassment” of things, including a treasure trove of undiscovered material that includes Johnny Cash’s handwritten letters, poems and documents, penned across the entirety of his life.

Over the past two years, album producers John Carter Cash and Steve Berkowitz invited a stellar cast of musicians to create new music to accompany these newly discovered Cash writings.