JOSEPH TAWADROS RETURNS TO MUSIC BY THE SEA CONCERT SERIES 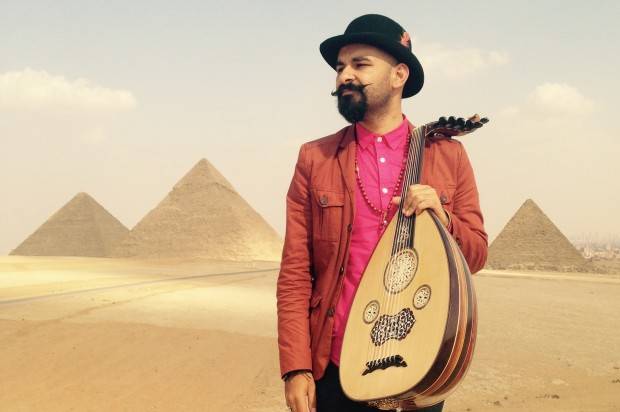 To the delight of local music lovers, oud virtuoso Joseph Tawadros returns to Music by the Sea’s Sandgate Town Hall on August 1st 2015 after a two year absence.

Though Tawadros was brought up on Egyptian music and the oud in particular, he is not your average oud player, constantly pushing himself as a musician and the instrument to new heights. His fusions of traditionally ethnic sounds, jazz and classical music have seen him bring the oud to new audiences, something which he always relishes.

Tawadros’ career has seen him work with a number of artists Christian McBride, Bela Fleck, and Lior, as well as recording solo and collaborative albums, which have seen him win the Aria for Best World Music album in 2012, 2013 and 2014 – an accomplishment for any musician. Though he enjoys the recording process it would seem that performing live holds a special place in his heart. ‘It just happens on the fly, that’s the excitement of it, especially with repertoire that is technically demanding. You have that adrenalin rush. If you do make mistakes, everyone sees it.’

Returning from a trip to Europe, where he was the first Australian composer to have his music played by London’s prestigious Academy of Ancient Music, Tawadros is particularly looking forward to his upcoming performance at Sandgate Town Hall. ‘It’s always great to go to a place where people are accepting of you. It [this upcoming performance] is a stripped down version – just my brother [James] and I. It’s always fun to have my brother [who plays percussion] on the road. It should be a pretty special concert.’

Those who attend Tawadros’ upcoming performance will be party to his unique Australian oud playing style. ‘[My music] encompasses everything. It has many different styles. I don’t like to think of it as ethnic music. [I’m more] composing on emotions, rather than to a particular genre. I try and take the categorisation out of it,’ he says. ‘It’s a very engaging repertoire. Hopefully the audience can get what the pieces are about and feel the emotions of each piece. That’s always important and why it’s always so much fun to play for audiences who get what you do.’

Joseph and James Tawadros appear at Music by the Sea on August 1st 2015. Tickets are $35 per person. For more information and to book, visit http://musicbythesea.com.au/.