JUMANJI :THE NEXT LEVEL IS LOTS OF FUN 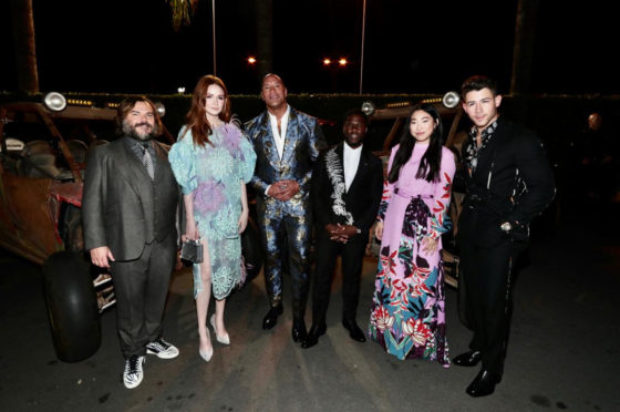 In Jumanji: The Next Level, the gang is back but the game has changed. As they return to Jumanji to rescue one of their own, they discover that nothing is as they expect. The players will have to brave parts unknown and unexplored, from the arid deserts to the snowy mountains, in order to escape the world’s most dangerous game.

Written by Jake Kasdan & Jeff Pinkner & Scott Rosenberg Directed by Jake Kasdan
which is based on the book Jumanji by Chris Van Allsburg they have yet delivered a fun feast family film and with a cast that cant go wrong Dwayne Johnson, Kevin Hart, who really have the best roles in this and are quite fun especially Kevin Hart who expression alone makes me giggle. Jack Black is faultless and his other lead Karen Gillan work well.

My only critic is that it may be a touch long but this is a great family outing film and with it coming out for boxing day this will be a winner for sure.

In all cinemas out boxing day.