Justin Timberlake The 20/20 Charts No One in US.

Justin Timberlake JUSTIN TIMBERLAKE’S THE 20/20 EXPERIENCE Music Sony music top 10 music US NO CHARTS THIS WEEK by Caroline Russo | on March 29, 2013 | 0 comments | in Music | Like it 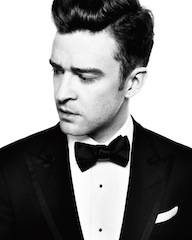 Grammy® and Emmy Award®-winning Justin Timberlake’s new album The 20/20 Experience dominated the global charts this week as the acclaimed release soared to the #1 spot in the United States selling 968,000 copies, according to SoundScan. Internationally, the album hit the #1 spot on iTunes in 89 countries, stormed the UK charts to become the biggest debut of 2013 and earned Justin his first #1 album in Germany. The album is also officially #1 in Australia, Canada, Korea, New Zealand, Ireland, Switzerland and across Asia.

The 20/20 Experience shattered iTunes records as the fastest-selling album worldwide in their history. In the United States, Justin’s latest effort is the year’s fastest selling album and earns Justin the biggest first week sales for a male artist in five years along with the third biggest digital debut in SoundScan history ranking just behind Lady Gaga and Taylor Swift.

The long-awaited album became one of Target’s top three best-selling albums in the past decade, topping first week sales of his last release FutureSex/LoveSounds. It also led Timberlake to become Target’s biggest selling male artist since 2002.

Music critics across the country praised the album with Pitchfork raving “Timberlake seamlessly conflates the last 40 years of pop, soul and R&B into a series of warping seven-minute songs that extol the joys of music…” People Magazine awarded it 4 stars saying it’s “the best sounding album you’ll hear all year.” USA Today handed Justin a 3-star review while Rolling Stone hails the album with 4 stars. Billboard says it is “one of the genres…most full-realized efforts in ages” and the New York Daily News called Justin’s music “luxurious.” Vibe Magazine says the album “has the orchestrated feel of a motion picture” while Complex says “what better way to return to the musical world, than to do it in style.” The Associated Press called the album “near perfect” and a “brilliant piece of work that plays like a musical movement.” Internationally, the album received stellar reviews from the UK press as well with The Independent, Evening Standard and The Times all awarding Justin’s latest release with 4-stars reviews. The Independent calls the album “elegant” while the Evening Standard says the album’s music is ‘‘infectious.”

The album’s first two singles continue to shake up the charts as well. The platinum-certified ‘Suit & Tie’ had its best airplay week on the Billboard Hot 100 and Top 40 Mainstream charts (week ending March 24, 2013). The song’s latest performance this week represents a career-high for Justin, according to Billboard Magazine. When first released in January, the song broke U.S. radio airplay records earning the biggest song debut, airplay increase and audience increase for a solo artist ever landing at #14* on the Billboard Top 40 Airplay chart. “Suit &Tie” is the first song to be added by every Top 40 station in the first week. Meanwhile, ‘Mirrors’ topped the official UK singles chart for a third week making it the longest running #1 single of 2013. Justin wowed audiences in the UK with an exclusive performance of ‘Mirrors’ at the Brit Awards in February only to follow up that performance with a sold-out concert at The Forum in London that had Q Magazine give him a 4-star review. Ratings for The Brits went through the roof helping lead ‘Mirrors’ to the #1 spot on the iTunes Store following the performance. As ‘Mirrors’ continues to gain steam in both America and the UK, Justin debuted the epic new video the song that garnered critical acclaim following its release last week.

Supporting the album’s release, Timberlake made a series of appearances including well-received live performances during this year’s Grammy Awards and the Brit Awards in the UK, an interview on the long- running The Jonathan Ross Show in London, a performance and interview on Germany’s popular program called Wetten Dass, a ratings-busting hosting gig on Saturday Night Live where he helped the show reach a 14-month high in audience numbers as well as a week-long guest spot on Late Night With Jimmy Fallon where ratings were driven up 33% over last year among the coveted 18-34 demographic. Justin’s performances including several comedy sketches were often the most talked about events the following day and week earning even more praise from media across the world.

Clear Channel partnered with Target to air iHeartRadio Album Release Party With Justin Timberlake, which taped in Los Angeles on March 18. The Release Party was aired and streamed by 175 Clear Channel stations, the CW Network and Yahoo! Clear Channel utilized its multiplatform assets — from broadcast radio stations to online, iHeartRadio, outdoor, live audio, web broadcast, social integration and a first-of-its-kind 850 station “roadblock” announcement for an album premiere, reaching an estimated 100 million people across the country—to promote the album release party, live stream and drive listeners and Timberlake fans to Target, where they could buy the exclusive deluxe version of the album. On April 25, Justin will appear as the sole guest and musical performer on The Ellen DeGeneres Show.

Justin will headline the sold-out Wireless Festival in London on July 12 and will take the festival stage with JAY Z two days later on July 14. He will also headline the Rock In Rio Festival on September 15. This summer, Timberlake and JAY Z will kick off their Legends Of The Summer Stadium Tour in Toronto, Ontario on July 17 that will take the musical heavyweights to 12 cities across North America to perform at famed stadiums for thousands of fans.

Giving fans even more news to get excited about, Justin also revealed in a recent interview in the U.S. that he will release another album later this year. 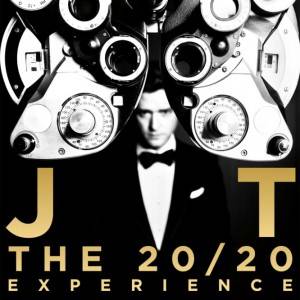