BALLET DANCERS home and away KIP GAMBLIN SPOTLIGHT INTERVIEWS the bodyguard TV ACTORS by Caroline Russo | on August 17, 2017 | 0 comments | in Interviews | Like it 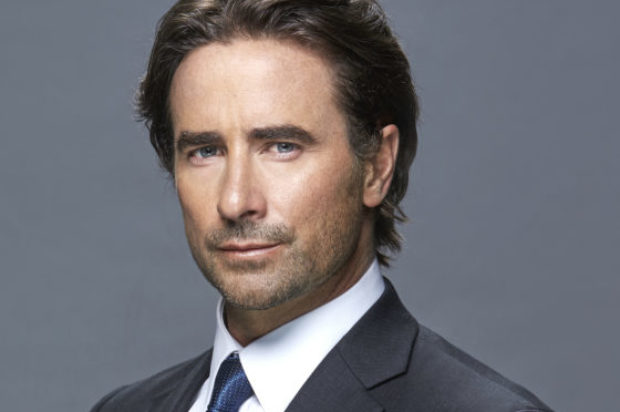 Kip Gamblin is currently the lead actor in the musical theatre production, ‘The Bodyguard’. The show has been staged in Sydney and Brisbane, to great applause and is now ready to open and end in Melbourne.

We got a great insight into speaking with Kip, and for him as a performer; he calls himself a ‘survivor in the land of showbiz’. From a trained ballet dancer to being in television soap operas, and now live theatre, Kip has reached a milestone in his working career. His determination proves his ambitions are not about to stop anytime soon, especially as he shares with us his experiences on working in ‘The Bodyguard’. The one thing I loved taking to Kip is that he is a real and sincere man who speaks from the heart and soul.

You had started in the industry as a classic dancer, could you tell us more?

I began in classical Australian Ballet, and when I left, I felt like I was leaving my family as I absolutely loved being a trained dancer. Today was one very special and quite emotional day for me as I have just come from seeing the Queensland Ballet, in which Li Cunxin has directed. I got to see a dear friend of mine’s daughter perform as the lead part, which brought tears to my eyes as she was just exquisite to watch. It was so uplifting for me to see her performance as her mother had mentioned how nervous she was before.

When you become a dancer, you really give your blood and soul, and when I walked away from the world of ballet, I walked away from a whole world of family. This was incrediblely tough for me to do. I still bear some of the scars from that stuff, but I’ve always been lucky to be a performer and have never given up ‘performing’, but today was pretty special for me. I was welcomed back into the circle and was respectful of the company of dancers, and to have started there, brings me back to the amazing times I had. I have a deep appreciation of dance and the future dancers I get to see and teach now, as well as guide while I can.

What are the highs and lows in the business of getting work as a dancer and performer?

This is a tough business and again I have been lucky to be a bit of a survivor in this industry when you work as a dancer. I have worked with a lot of dancers who have had to finish early because they were damaged in their careers, and haven’t had the opportunity to receive work again. I’ve also worked with a lot of television people who just get the one job, and were never seen again. It is a very tough industry but I feel very privileged. 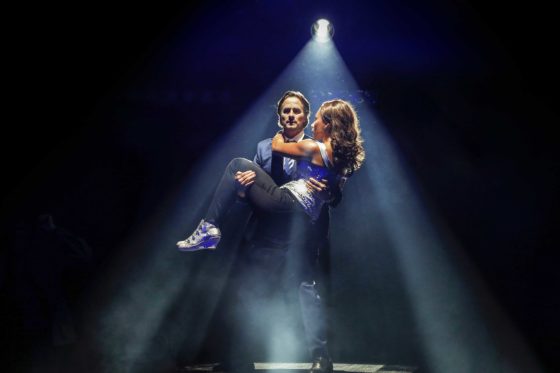 In getting the lead for ‘The Bodyguard’, where were you and how did that part come up for you?

I was in Bali with my family as I had just done four years in ‘Neighbours’, and I was having a pretty hard time working in Melbourne. We’ve had some health issues in the family and we all needed a break, so the call had come for the job just before the New Year. The feeling was a mixture of relief and excitement when I received the role, particularly after having so many family responsibilities. It is great to have the work and to be working as an artist in this country is special to me.

When I found out they were casting for ‘The Bodyguard’, I thought I would go for it, but I didn’t take it too seriously at the time because you are in the first lineup of around 100 others. Yet, once I got callbacks and also starting to see the caliber of production, and how massive it was with big players attached to it, I became more invested in wanting the part.

What does it feel like for you to be in this production and in musical theatre?

It is amazing to be a part of this production and to be on stage in the lead role of ‘The Bodyguard’, and to be halfway through this; I want to make the most of every single show I perform in. This is a full on role to do. Some advice that I got was to enjoy the moment in the ride because at times as an artist and performer, you can be your own worst enemy. As an actor, you can sometimes have a constant fight with yourself as to who you are and what you were trying to say.

I look at the fact that I have done more than 100 shows that I’m starting to feel like I am getting into the blood and bones of this musical theatre show. As my background is more television and having done ballet, this is a completely different game to play.

Has this been hard for you?

It was my first feeling that it was going to be a tough gig but I didn’t realise how tough it was going to be. Having been on television for all those years and having the luxury of doing a second take, and to now going back to live performances, you have to put in 110% every night and be so switched on. But this turned out to be very insightful for me, because I have had to work on myself, and I’ve now gotten a real attraction to being in theatre. I think the discipline of being a dancer helps.

What has been your favourite part in the show?

It is so fast paced that it is hard to say, and so much is happening, which becomes a buzz every night performing. Some shows get played out differently like the karaoke, which is the fun part of the night. I love looking at Paulini at the end of the show, and watching the audience’s reactions.

Tell us about Barbara Streisand as to landing the role in ‘The Timeless Show’.

In 2000, I was selected to audition in ‘The Timeless Show’ and do the opening solo that was meant to be an illusion to bring Barbara out to the stage into my arms, which was to recall another tough audition process. Somehow I managed to convince the director of the show to get me the part, and he did give me the role, and that was such a trip. What was also big news for me was my son was born during that week when we opened and rehearsed.

It was on the final dress rehearsal that my son had been born and I had to race from the hospital in Randwick to the Sydney football stadium. I had to audition for Barbara prior as she had to observe everything. I was only working with the director of the show beforehand, and ‘Lady Barbs’ had to have the last say. I had very little sleep due to the birth of my baby and I was particularly nervous as Barbara stood on the edge of the stage while I did my whole number, but somehow I think the Gamblin charm must have worked because she gave me the green light and off we went. It was such a whirlwind – two shows in Sydney and Melbourne where I performed in front of 40 000 audience members; an unreal time.

When I recall back to the ‘Star Power’ and ‘The Bodyguard’ in action, Barbara sure had that all going as to the huge entourage and all the attention and protection on her, and that was amazing to be around and see the interaction of it. I recall thinking it was so chilling to be there in that atmosphere and work with such a mega star of her kind.

So what is next for you?

Being an actor and performer and looking for the next job is not easy, but I am excited and cannot wait to audition again and learn more in the theatre. Everyone says it is cliché but I cannot wait to go to my next audition. Each night you walk around that stage for two hours and you’re in the mix of lots of talented artists, and I feel like I have learnt more in the 100 performances I have done over my last four years. I am really excited about being in theartre that it has given me a fire in my belly. The soapy world of television is celebrity driven, especially now with social media being the link to ‘stardom’ and fame; the so-called hype of Instagram fame followers. I have worked hard in what I have done and it is good to look back at what I have achieved. However, the next chapter is something to look forward to but for now, I am going to enjoy each day playing this role.

https://www.thebodyguardmusical.com.au/melbourne-tickets/
Interview by Caroline Russo and Photos credits to Qpac.