The region’s highest accolade in film, APSA celebrates the cinematic excellence of the 70 countries at a glittering red-carpet ceremony in Brisbane in November.

Cr Schrinner said the major event would continue to shine a spotlight on Brisbane’s cinematic talent, while providing a great boost to the local economy.

“Major events such as the Asia Pacific Screen Awards contribute $150 million into Brisbane’s economy and create thousands of local jobs for Queenslanders,” he said.

“This year, we’ve seen over so many local businesses engaged, from production companies and event partners to local fashion designers and suppliers.

“We also expect our local tourism operators to benefit from additional business, as our visitors make the most out of their trip and experience everything Brisbane has to offer. “I would like to congratulate this year’s winner for Best Picture, Bong Joon-ho, and all the other talented filmmakers who were nominated.

“The calibre of entries this year has been outstanding, and I’m proud to see highly-acclaimed Australian film makers compete alongside our international guests.”

13 countries and areas collected awards, with many of the winners also being their country’s Official Submission for the Academy Awards.

37 films from 22 countries and areas of Asia Pacific were nominated.

The win for Parasite was accepted on the night by producer Jang Young-hwan and marks the first win for Korea in the Best Feature Film category since Secret Sunshine took out the inaugural prize in 2007.

The powerful story Beanpole (Dylda, Russian Federation) is the only film to take home two awards. Ksenia Sereda is the first woman to win Achievement in Cinematography, and Kantemir Balagov and Alexander Terekhov won Best Screenplay.

Achievement in Directing has gone to Adilkhan Yerzhanov for his Kazakh noir feature A Dark, Dark Man. Yerzhanov, who earlier in the week was the focus of the Director’s Chair at the inaugural AP Screen Forum, accepted the award on the night. It is his second award following the APSA NETPAC Development Prize win in 2013 (now the Young Cinema Award) for Constructors. Winning for the second time, widely celebrated Indian actor Manoj Baypayee takes home the APSA for Best Performance by an Actor for his role in Bhonsle. Bajpayee’s win marks a staggering four years in a row that an Indian performer has won in this category. 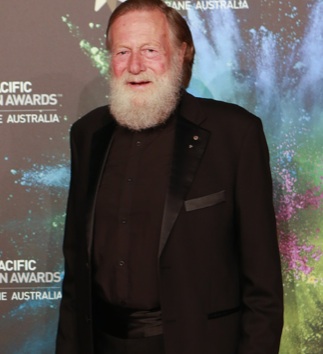 From the Philippines, Max Eigenmann has won Best Performance by an Actress for her role as a woman fighting to free her life of domestic violence in Verdict.

The International Jury awarded a special Jury Grand Prize to Palestinian filmmaker Elia Suleiman, who wrote, directed, produced and starred in APSA-nominated film It Must Be Heaven.

Australia’s Rodd Rathjen has won the Best Youth Feature Film for Buoyancy, produced by Samantha Jennings, Kristina Ceyton and Rita Walsh. Set in Thailand and Cambodia, Buoyancy is the debut feature film from Rathjen who accepted the award on the night.

Weathering With You (Tenki no Ko, Japan) has been named Best Animated Feature Film. The film is directed by Makoto Shinkai, who also took home the inaugural APSA in this category for in 2007 for 5 Centimetres Per Second.

Best Documentary Feature Film has been won by the Israeli production Advocate, from directors Rachel Leah Jones and Philippe Bellaïche. The compelling work is the story of Jewish Israeli human rights lawyer Lea Tsemel who has defended Palestinians in the Israeli courts for 50 years.

The prestigious Cultural Diversity Award under the patronage of UNESCO was awarded to director Jamshid Mahmoudi for the film Rona, Azim’s Mother (Islamic Republic of Iran, Afghanistan).

This award, determined by the dedicated APSA Cultural Diversity International Jury, represents APSA’s founding partnership with UNESCO, and the shared goals of the two organisations in the protection and preservation of cultural identity.

The winner of the International Federation of Film Producers Association (FIAPF) Award for Outstanding Achievement in Film goes to Katriel Schory, one of the most respected figures of Israeli cinema.

An industry figure since the 1970s, Schory produced more than 150 titles through is production company BELFILMS LTD. However, it was for his more than 20 year role as Executive Director of Israel’s main film funding body, where he produced and promoted 300 films, that he is credited with rescuing the Israeli film industry. He helped to revitalise Israel’s reputation through an emphasis on diversity and international co-production treaties that opened the country’s cinema up to the world.

The APSA Young Cinema Award has been won by emerging Indian filmmaker Ridham Janve whose feature The Gold-Laden Sheep and The Sacred Mountain was also nominated for Best Feature Film and Achievement in Cinematography. Directed by and produced by Janve and produced by Akshay Singh, the film tells the story of a remote mountainous culture under threat from modernity.

APSA-winning films Parasite (Republic of Korea), Buoyancy (Australia), Verdict (Philippines), Beanpole (Russian Federation), Weathering with You (Japan) and It Must be Heaven (Palestine) are all their respective countries’ Official Submission for the 92nd Academy Awards® in the Best International Feature Film category, with Rona, Azim’s Mother Afghanistan’s 2018 submission.

Also announced during the APSA Ceremony were the four recipients of the 10th MPA APSA Academy Film Fund, which for the first time, went to four women filmmakers.

The Fund, celebrating its 10th anniversary, was created to support the development of new feature film projects by APSA Academy members and their colleagues from the culturally diverse Asia Pacific region. The fund awards four development grants of US$25,000 annually, and is wholly supported by the MPA. In 2019, the four recipients are: Elia SULEIMAN for It Must Be Heaven

Weathering With You (Tenki no Ko)
Japan
Directed by Makoto Shinkai

BEST PERFORMANCE BY AN ACTRESS

BEST PERFORMANCE BY AN ACTOR

CULTURAL DIVERSITY AWARD UNDER THE PATRONAGE OF UNESCO

Determined by FIAPF–International Federation of Film Producers Associations for outstanding achievement in film in the Asia Pacific region.

The Young Cinema Award presented by NETPAC (Network for the Promotion of Asian Cinema) and Griffith Film School (GFS) recognises the abundant emerging talent of the Asia Pacific.